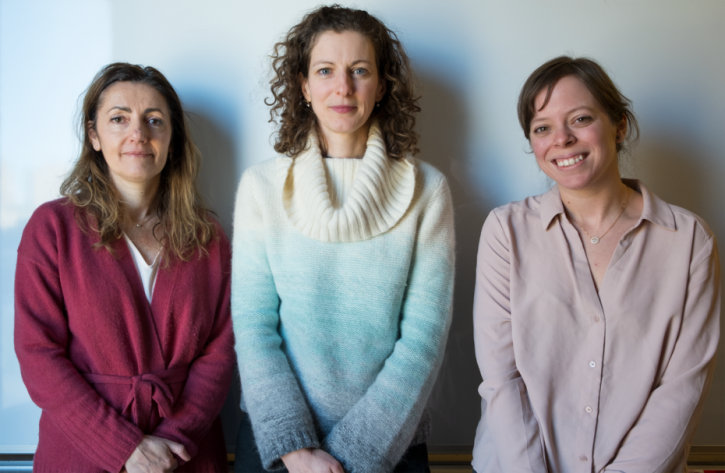 The number of antidepressants available to patients is dizzying, which can make it difficult to determine which prescription will be the best fit – it’s not uncommon for patients to try several drugs before finding one that works for them. To compound this issue, treatments don’t act immediately, often taking one to three weeks to take effect, leaving vulnerable patients at-risk.

Erica Moodie and a group of researchers at McGill University hope to determine which anti-depressants might work best for certain types of patients based on factors like their age and BMI (body mass index). The project, which involves several researchers from McGill and the U.S. consortium Kaiser Permanante, is funded by an Innovative Ideas grant from McGill’s Healthy Brains, Healthy Lives.

The approach taken by Moodie and her team differs from other studies in a key way: “Most of the studies that are done try to find the best treatment on average,” Moodie explains. “That’s fine overall, but individual patients aren’t average patients, so they may do better on one treatment versus another. Not only that, but patients change over time. Depression can be a relapsing and remitting disease – there may be other life events that cause the need for more or less treatment at any given time. We’re looking to come up with more specific guidelines for how to choose among the many, many drugs available to patients.”

Get it right the first time

It’s especially important to get the treatment right the first time because, as co-investigator Christel Renoux points out, missing the mark can have significant consequences. “We know that, in the early treatment period, the patient may be at increased risk of anxiety, agitation and suicide. You want to get it right on the first try so, when it starts to work, it works well.”

To develop these guidelines, the team is analyzing data from electronic medical records of patients from the United Kingdom’s Clinical Practice Research Datalink (CPRD). These data include complete medical information from around 13 million patients, followed by roughly 700 general practitioners and, of these, the team has identified over 200,000 individual patients who fit their criteria.

“It’s data from real-world, clinical practice and not over-selected populations,” Renoux explains. “We have all their medical information over time – lifestyle, smoking history, alcohol use, prescriptions issued by the GP, hospital referrals and hospitalization data. As long as they stay within one of the practices that we have access to, we have their entire medical follow-up by their GP.”

Having access to long-term data for each patient allows the researchers to study the effectiveness of different antidepressant treatments on different patients over time. Moodie’s PhD student, Janie Coulombe, is responsible for analyzing thousands of medical records through a brand-new statistical method developed by McGill graduate student Gabrielle Simoneau. Using this method, the team was able to analyze their cohort of patients to see if there is a link between any of their characteristics and the effectiveness of prescribed antidepressants.

The approach of focusing on data-driven research (rather than traditional, hypothesis-based research) is becoming more and more common, and for good reason. As Coulombe explains, the team aims to expand their findings by gathering more information from other datasets to make sure their rules are reproducible and broadly applicable. “This project is a little bit exploratory. We’re mostly hoping to find signals of variables that can help in tailoring antidepressant therapy to patients, and we’re also assessing to what extent these variables can help in improving treatment outcomes.”

Datasets from the U.S. and the U.K.

The team will soon be embarking on parallel work on another dataset from the U.S. Mental Health Research Network (MHRN), which, as Moodie describes, differs from the CPRD dataset in several ways.

“The U.S. data are more fine-grained in many ways than the CPRD data – we have more symptoms and more patient-level covariates,” she says. “But, since those data are from the U.S., it represents a more select, high-income population because the U.S. doesn’t have a public health-care system like Canada or the U.K. Between these two prongs of data and the analyses that we’re doing now, we have a population that’s pretty representative of the general population in clinical care.”

“Also, I always see Canada as being somewhere in the middle of the U.S. and the U.K., so my hope is, if those two populations aren’t too different, then it’s probably not too different from the experiences that we would see here,” says Moodie.

Since gaining access to the CPRD data, the team has made considerable headway and are close to sharing guidelines on how to choose a treatment among some of the most common antidepressants.

While the project’s conclusion is set for March 2020, Moodie says that ideas and methods gained from this work could potentially be applied to other projects of a similar nature. “We could easily do a similar sort of project by taking what we’ve learned to look at other classes of drugs or other forms of mental illness. I think we have a really nice framework for how to do this within the CPRD – it’s really been an excellent springboard for expanding these types of methods and questions within the CPRD.”