Adapted from the McGill Reporter 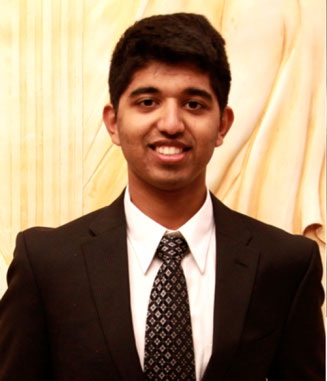 Ontario high school student Aditya Mohan has been named as one of McGill’s most recent recipients of the prestigious Schulich Leader Scholarships.

Aditya Mohan, 18, is a recipient of the award valued at $60,000. A graduate of Colonel By Secondary School in Ottawa, Mohan will be entering McGill’s microbiology and immunology program this fall. Mohan was selected for his consistent academic excellence as well as his accomplishments in creative arts and international development aid. His extra-curricular research efforts have focused on research into the HIV virus (for which he won a 2014 Manning Young Canadian Innovator Award and the 2015 Sanofi BioGenius National Challenge), algal biofuels and oncology, exploring the idea of bio- engineering the common cold virus to kill cancer cells. Aditya was recently named a Top 20 Under 20 recipient by Plan Canada.

“The Schulich Leaders Award is a big honour especially when you consider the past recipients,” says Mohan. “It means a lot to be recognized for my efforts in high school and to now have the opportunity to attend McGill.”

Created in 2011 by Canadian business leader and philanthropist Seymour Schulich, this annual scholarship program encourages promising high school graduates to embrace the ‘STEM’ fields – science, technology, engineering and mathematics – in their future careers. This year, there were 1,250 Schulich Leader nominees from across Canada vying for 50 new scholarships. Now in its fourth year, 170 students from across the country are Schulich Leader Scholars, and have received $11 million in support.

“Fostering leadership in STEM fields is vital to Canada’s economic prosperity,” said Seymour Schulich, himself a McGill graduate who has a Bachelor’s degree in Science and was a member of the University’s inaugural MBA graduating class, in 1965. “It is immensely important to invest in the next generation of technology innovators as they develop and hone their minds and skills to contribute to our national and global community. This country has already produced exceptional Schulich Leaders since its founding in 2011. Every year, our mission is to support outstanding students in pursuit of their dreams.”