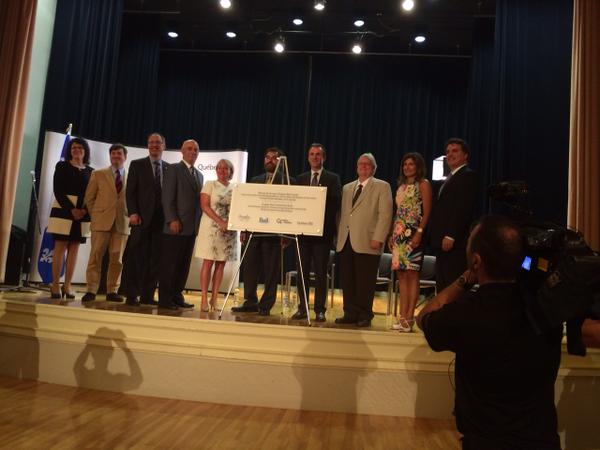 The Centre intégré universitaire de santé et de services sociaux de l’Ouest-de-l’Île-de-Montréal is proud to inaugurate its brand-new Centre for translational research on Mood Disorders and Suicide and the modernized Douglas-Bell Canada Brain Bank, both of which are located at the Douglas Mental Health University Institute facility.

This large-scale project was made possible thanks to major investment from the Government of Quebec. We would like to thank all our partners in this project and underline an unprecedented $2 million gift from Bell Let’s Talk that greatly facilitated the expansion and equipping of the Douglas-Bell Canada Brain Bank’s state-of-the-art laboratories, enabling it to attract and retain highly qualified staff, including the creation of the Bell Senior Fellow in Mental Health.

“This is a great example of the concrete benefits of integrated university health and social services centres. The work at the Centre for translational research will have a real and positive impact on not only the population we serve but also all Quebeckers and even people all over the world,” explained Mr. Benoit Morin, President and CEO of the Centre intégré universitaire de l’Ouest-de-l’Île-de-Montréal.

With a first-rate international reputation already well in place, the cutting-edge Centre for translational research on Mood Disorders and Suicide and the newly modernized Brain Bank will help researchers from around the globe to advance knowledge about neurodegenerative and psychiatric diseases.

“With this major investment, the centre can cement its position as a world leader in research and take one more step in applying research to human patients,” stated Dr. Gustavo Turecki, the director of the new centre, and the Bell Senior Fellow in Mental Health.

In their lifetimes, nearly 10% of adults will suffer from a mood disorder that could lead to suicide. The Centre for translational research will therefore play a crucial role in helping scientists understand the mysteries surrounding these diseases of the brain.