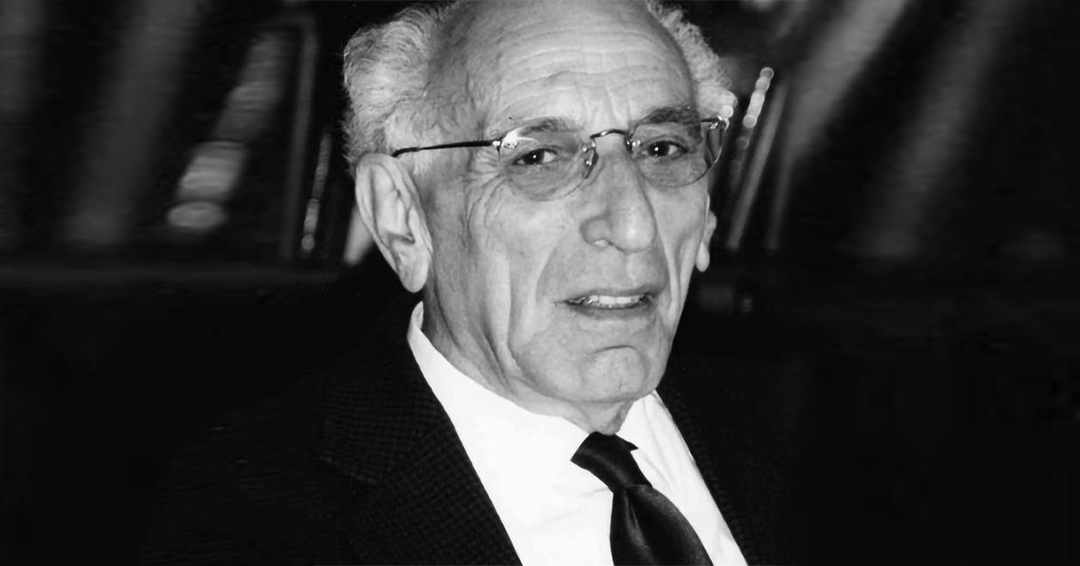 It is with great sadness that we announce our esteemed former colleague, mentor and friend Sir Arnold Burgen passed away on 26 May 2022 at 100 years of age.

Born in London in 1922, Arnold Burgen trained in medicine at Middlesex Hospital School, qualifying in 1945. An early interest in biomedical science led him to take up pharmacology and physiology research. He accepted a position as Professor of Physiology at McGill in 1949, remaining until 1962; he also served as Deputy Director of the University Clinic at the Montreal General Hospital from 1957 to 1962.

In 1962, he left McGill for the University of Cambridge, where he was Sheild Professor of Pharmacology and Fellow of Downing College from 1962 to 1971. Later, he became Master of Darwin College from 1982 to 1989 and a Deputy Vice-Chancellor of the University from 1985 to 1989. He was named Director of the National Institute for Medical Research in 1971, a position he held until 1982. He also served as the President of the International Union of Basic and Clinical Pharmacology from 1972 to 1975. McGill awarded him an honorary doctorate in 1973 and in 1976 he was knighted for his service to medical research. His primary research area of interest was the mechanism of drug action, specifically the impact of drug-receptor interactions at the acetylcholine receptor.

Our deepest sympathies go out to his wife Olga Kennard, Lady Burgen, the renowned British crystallographer, and their family and loved ones.

During his time at McGill, Sir Arnold was in charge of the first honours physiology program, with Phil Gold, Mortimer Levy, Irwin Kornbluth and Thomas Chang making up the first cohort. The group credit him with stimulating their interest in research. Earlier this year, Professor Chang created the birthday card below for his former mentor’s 100th birthday. Read more. 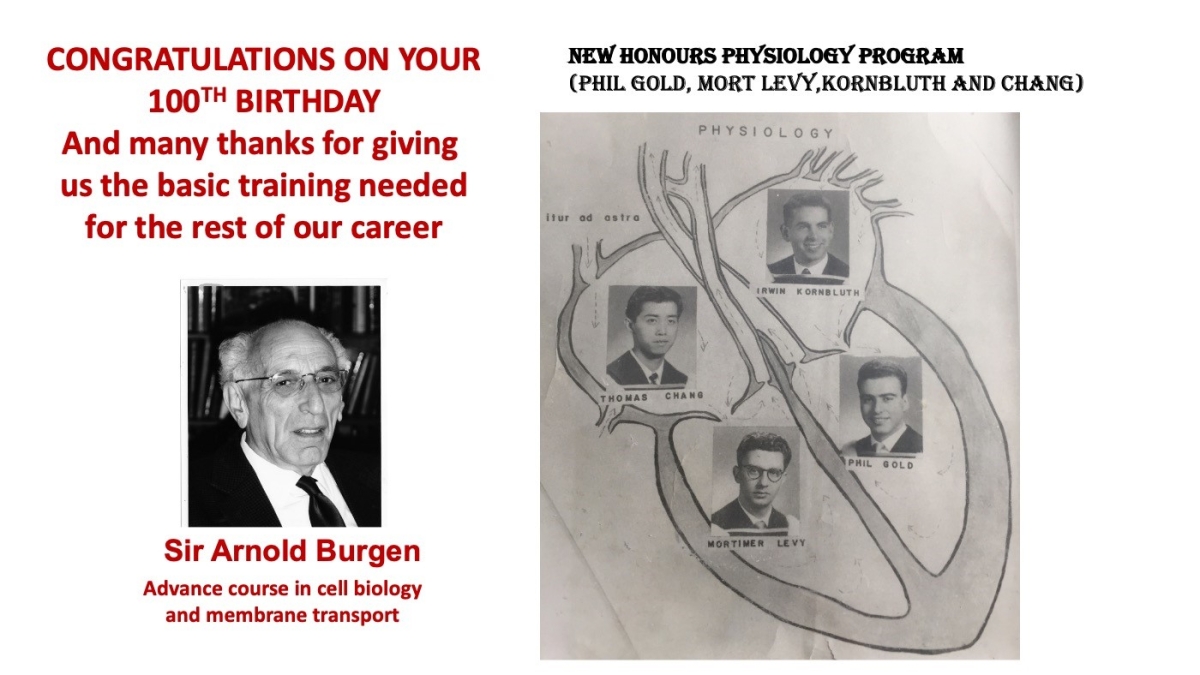