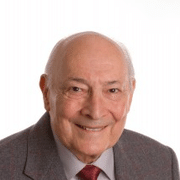 We, as all of our colleagues of the McGill community and particularly of the Neuro, learned with sadness of the passing of Allan Sherwin. We wish to offer our sincere condolences to his family.

Allan Sherwin was Professor Emeritus of Neurology at McGill University and Attending Neurologist Emeritus at the Montreal Neurological Institute and Hospital. He was born in Montreal in 1932 and trained at McGill University. He received a Bachelor of Science (Honours) in Biochemistry in 1953 and graduated in Medicine in 1957. Between 1957 and 1965 he became engaged in what we would now call a clinical medicine/PhD program; he trained in clinical neurology and at the same time did a PhD in neurosciences, again at McGill. He graduated in neurology and became Fellow of the Royal College of Physicians and Surgeons of Canada in 1963, and obtained his PhD degree in 1965. He then pursued a productive academic career of more than 35 years, comprising simultaneously and continuously both clinical and research activities.

Allan Sherwin practiced clinical neurology with a special interest in Epilepsy at the Montreal Neurological Institute and Hospital, directed the clinical neuropharmacology laboratory and sustained with no interruption an MRC-supported neuropharmacology research program. He is recognized for his pioneering work in the pharmacology of antiepileptic drugs and on the importance of monitoring drug levels in epilepsy patients. He looked at the factors influencing plasma levels of antiepileptic medication and looked at drug concentration in human epileptic brain and correlation with plasma levels. He also worked on fresh brain tissue obtained from patients operated for refractory seizure disorders, looking at a variety of chemical changes directly in vivo. He took advantage of the per-operative EEG recordings (the so-called ECoG) performed then routinely in those patients, to analyze the seizure focus. He had this simple but bright and pioneering idea that comparing neurotransmitter changes in areas with spiking activity and areas without might provide new insights into the mechanisms underlying the generation of epileptic activity, and would lead to a better understanding of the mechanisms of action of antiepileptic drugs.

Allan Sherwin was one of the founders of the Canadian League against Epilepsy, a longstanding member of the scientific committee of the Savoy Foundation for Epilepsy and has published many peer-reviewed scientific papers and book chapters in the field of epilepsy and neuropharmacology of epilepsy. For many years he was also a neurologist at the Lachine General Hospital and served as a neurological consultant to the nearby Mohawks of Kahnawake First Nation.

Quite interestingly, while retired from active neurology practice and research, he created the Allan Sherwin Fonds which consists of research materials he gathered and related to the life biography of Chief Peter E. Jones, one of the first Aboriginals to obtain a medical doctor’s degree from a Canadian medical school (Queen’s University at Kingston in 1866). In 2012, he published ²Bridging Two Peoples: Chief Peter E. Jones, 1843-1909.” The Fonds was given to the Trent University Archives in 2014.

We worked closely with Allan and wish to express our gratitude for all these years we had the chance to share with him. We will remember his kindness, his generosity and opened-mindedness, and his strong engagement and dedication to his patients.