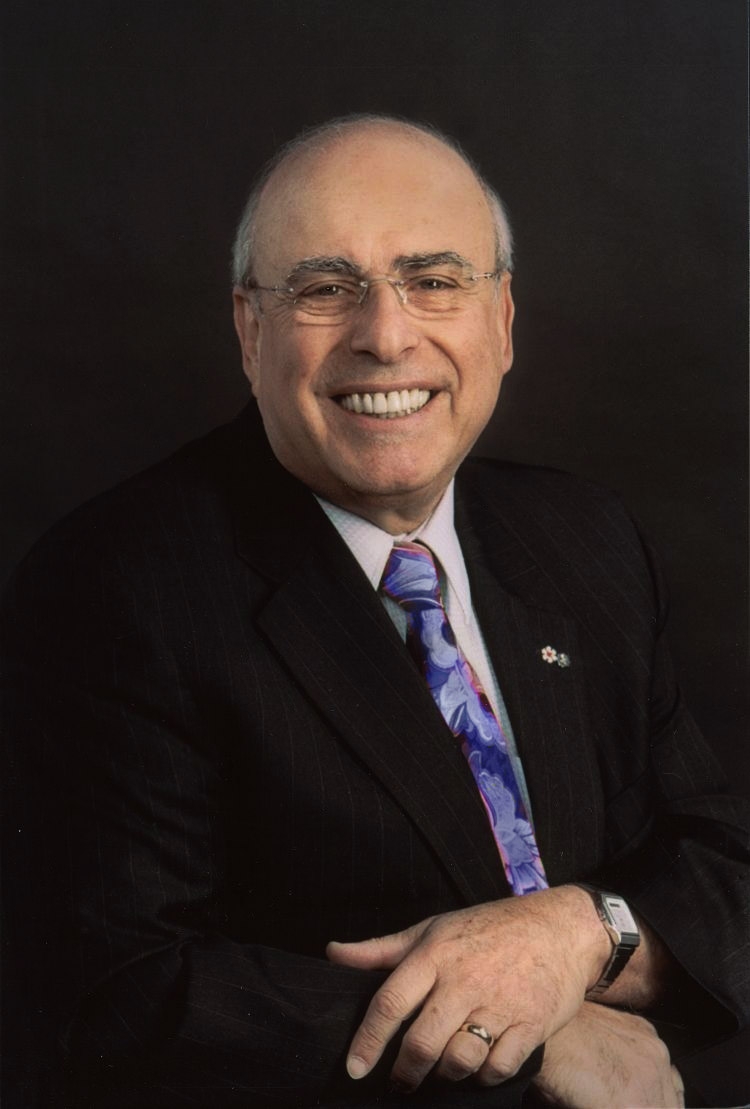 This year marks the 50th anniversary of the pioneering research by the McGill Faculty of Medicine’s Drs. Phil Gold and Samuel Freedman, who, together, discovered and defined the Carcinoembryonic Antigen (CEA), the most frequently used blood test used as a biomarker in the diagnosis and management of patients with cancer.
To celebrate this important breakthrough, the Goodman Cancer Research Centre hosted a Scientific Symposium on Nov. 24 from 3 p.m. – 5 p.m. at the Centre Mont-Royal. The Reporter sat down with Dr. Gold ahead of this event to talk about the discovery, its impact and the quest to cure cancer.
What exactly is CEA and how did you and Dr. Freedman come about making the discovery?

The “brass ring” in cancer research had always been the attempt to find a specific biomarker, a material or molecule that was present on the tumour cell and would completely distinguish it from its normal counterpart. By the early 1960’s numerous attempts had been made in this regard, and all had failed. Indeed, the common wisdom was that such a marker had not been found, and would not be found. The latter comment was something of a challenge which we were rather happy to undertake.

By employing immunologic technologies which had not yet been utilized in cancer research we were able to demonstrate the presence of such a biomarker. The approach used was unique in a number of ways.

First, by using colon cancer as the tumour to be studied, and because of the unique fashion in which colon cancer tends to grow, it allowed us to compare tumour tissue with normal tissue from the same individual.

Second, by utilizing two different approaches to the preparation of antibodies against the tumour tissue, we were able to completely eliminate “the background noise” of normal components in the tumour tissue leaving us only with antibody reactivity against the tumour biomarker. Because the molecule was subsequently found in human embryonic digestive organs as well, the name given to this material was Carcinoembryonic Antigen (CEA).

Why was the discovery of CEA so important? How has it impacted cancer care and cancer research?

The discovery of CEA was significant because it was the first time that a tumour biomarker had been clearly demonstrated to exist, even though very small amounts of CEA were also present in normal tissue. Hence, we were able to establish a radioimmunoassay, or blood test, that allowed us to examine the blood samples of individuals with a variety of different conditions to see if this would be helpful in the diagnosis, management, and treatment of cancer patients. After a good deal of work in the field, encompassing laboratories across the world, it was demonstrated that CEA is present in elevated and increasing concentrations in 70 per cent of all human cancers.

The blood test for CEA was the first blood test for cancer sanctioned by the Food and Drug Administration (FDA) in the United States, and then by virtually every country in the world. It is presently the most common blood test for cancer, 50 years down the road from the time that it was discovered. Various cancer organizations across the world have established that the blood test for CEA is critical in predicting the future outcome of the disease in patients with colon cancer, the approach to be taken to the treatment of such patients went to intervene with different therapies if CEA concentrations rise. Indeed, CEA is the patriarch of a family of some 31 different associated genes and these various materials will become equally important in future management of patients with cancer.

In terms of cancer research, per say, the finding of CEA opened the area of onco-developmental research wherein molecules found in fetal and embryonic life when tissues are maturing, reappear in the tissues and the blood of patients whose cells have now undergone “regression” to the cancer stage.

What does it take to attain such a high level of success as an individual?

I believe that in order to attain success in any area, a few factors are required. To use the now somewhat hackneyed phrase, it does require thinking “out of the box” or looking at a problem in a way that hasn’t been employed in the past. It then requires a great deal of persistence, “a lot of help from your friends,” and perhaps most importantly a good deal of luck.

Are you optimistic we will find a cure for cancer? If so, how far do you think we are from getting there?

I have no doubt that a variety of cures for cancer will be forthcoming. Indeed, many are already in place and such conditions as Hodgkin’s disease and Chronic Myelogenous Leukemia are now virtually curable. In addition, many other common cancers such as those of the bowel, breast, and even lung, are now being treated with every increasing success. In addition to the usual therapies of surgery, chemotherapy and radiation therapy, all have which have improved, we can now the parameter of immunotherapy which is proved to be a major step forward. Taken together, then, I think that we’re probably within a decade of having the major cancers under control.

My concern is that we will not be able to afford the new biologicals that are now coming online on a virtual weekly basis since that these can run well over $100,000 per patient per year. I don’t think we should lose sight of the fact that we should continue to maintain pressure for better lifestyles, which will include total cessation of cigarette smoking, better diets and the elimination of obesity in the population in so far as possible.

What advice would you give to a young researcher just starting out and wanting to focus on cancer research?

I would certainly encourage any young researcher to pursue a career in cancer research. Despite what has been learned to date, there is still probably far more to be acquired. This would certainly include such things as the genetic markers for cancer occurrence, such as has been done with the BRCA genes, which allows focus on certain areas of the body where cancer is more likely to occur. In addition better and more sensitive markers with greatest specificity allowing for screening is yet another area to be pursued. Certainly research in therapeutic areas of every kind is greatly needed.

Read a story on McGill News about the discovery.
Related coverage
MUHC