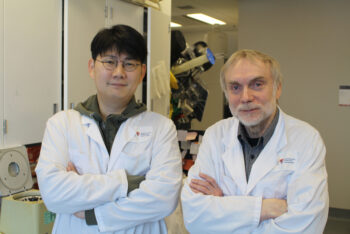 How does cancer spread? While studying human brain tumour cells, a team of scientists at the Research Institute of the McGill University Health Centre (RI-MUHC) found some answers to this crucial, yet so far unanswered question. They looked at a gene called EGFRvIII, which is present in patients with glioblastoma – a highly aggressive form of brain cancer that spreads quickly and that is difficult to treat.

In this study, Dr. Rak and his team explored how cancer-causing genes – also known as oncogenes – such as EGFRvIII change the content of messages exchanged between cells. Their findings have been published in the print issue of the journal Molecular & Cellular Proteomics.

“Cancer cells attack us in ‘bands’, but to effectively work together, they must communicate”, says lead author, Dr. Janusz Rak, a senior scientist in the Child Health and Human Development Program of the RI-MUHC and a professor in the Department of Pediatrics, Division of Experimental Medicine at McGill University. “One way they can do this is via tiny bubble-like structures called extracellular vesicles (EVs) or exosomes. EVs are filled with active proteins that function as messages being shuttled between cells.”

A gene that makes the cells ‘speak a different language’

Dr. Rak and his team found that the oncogene EGFRvIII that triggers cancer also makes the cells ‘speak a different language’.

“The proteins in EVs can change cell behaviour, for example they can make them invade tissues or metastasize. As EVs send these proteins between cells, some of them interpret this as a signal be more aggressive and this is an important part of what cancer really is,” explains Dr. Rak who has been studying the cancer spread mechanism for more than 20 years.

“What’s amazing is that one single cancer-causing gene, EGFRvII, may change hundreds of proteins present in EVs, completely altering the messages that these cells send to one another,” he adds. 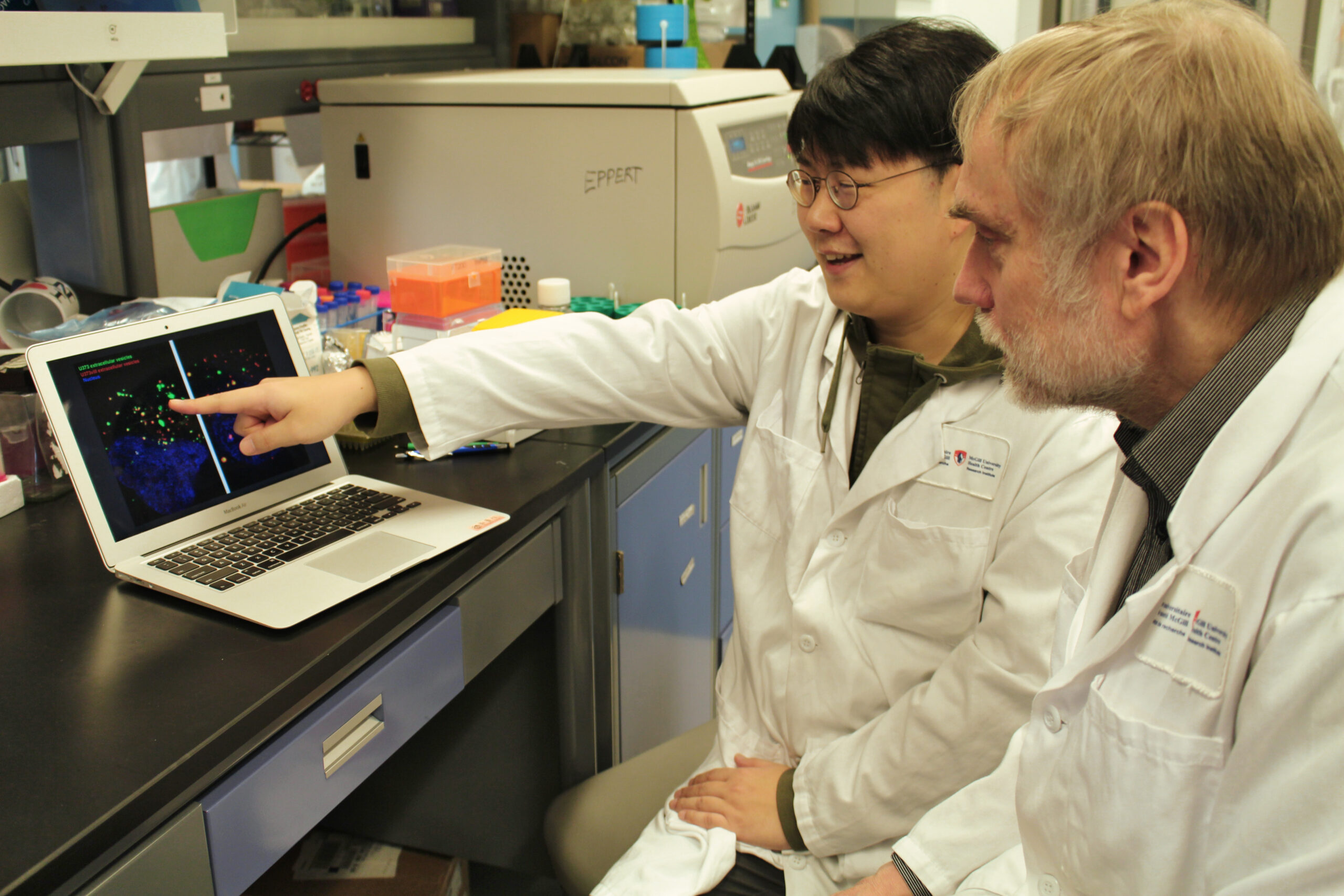 This research holds a great deal of promise for scientists looking for ways to stop the spread of cancer by blocking EVs from transmitting messages between cancer cells.

“Our work also suggests that different oncogenes may have different effects on cell-to-cell communication and on the type and content of the EVs that cancer cells release or receive; we need to know how this works to develop future therapies,” says Dr. Dongsic Choi, first study author and a postdoctoral research associate in Dr. Rak’s laboratory who conducted the study using a novel instrument that provides super-resolution microscopy techniques thanks to the Montreal Children’s Hospital Foundation.

EVs, which can be detected in blood samples, are already being used to diagnose cancers. The EV-associated proteins discovered by Dr. Rak’s team could be used to develop tests and tailored treatments for patients with glioblastoma in the future.

Glioblastoma multiforme, also called glioblastoma, is most prevalent in adults aged 45 to 70 and has one of the poorest survival rates of any cancer. About 1,000 Canadians are diagnosed each year with a glioblastoma, and only four per cent of those patients survive five years or longer. The exact causes of glioblastoma are still unknown.

Dr. Rak previous work on cancer derived EVs was recognized by Québec Science magazine as the scientific Discovery of the year in 2008.

The Research Institute of the McGill University Health Centre (RI-MUHC) is a world-renowned biomedical and healthcare research centre. The Institute, which is affiliated with the Faculty of Medicine of McGill University, is the research arm of the McGill University Health Centre (MUHC) – an academic health centre located in Montreal, Canada, that has a mandate to focus on complex care within its community. The RI-MUHC supports over 420 researchers and close to 1,200 research trainees devoted to a broad spectrum of fundamental, clinical and health outcomes research at the Glen and the Montreal General Hospital sites of the MUHC. Its research facilities offer a dynamic multidisciplinary environment that fosters collaboration and leverages discovery aimed at improving the health of individual patients across their lifespan. The RI-MUHC is supported in part by the Fonds de recherche du Québec – Santé (FRQS). www.rimuhc.ca.

Medical News Bulletin | How Does Cancer Spread in Brain Cancer?