Cardiac arrest is a leading cause of death in Canada, with more than 35,000 people dying of sudden cardiac arrest each year. The large majority of cardiac arrest deaths occur in homes and public places, and up to 55% are witnessed by a family member, co-worker or friend.

The 2022 McGill World Restart a Heart (WRAH) Campaign seeks to encourage bystanders to take immediate action by performing cardiopulmonary resuscitation (CPR) and using an automated external defibrillator (AED). By performing bystander CPR and using an AED in the first few minutes of a cardiac arrest, the chance of survival triples.

Implemented four years ago as part of a larger global initiative, the McGill student-led branch of this campaign is Canada’s largest sudden cardiac arrest awareness initiative and continues to grow and attain new heights.  This year’s campaign reached over a quarter of a million individuals during the month of October through an engaging series of virtual and in-person events and a compelling social media campaign.

Here are some of the highlights.

Congratulations to the WRAH team for organizing an outstanding initiative! 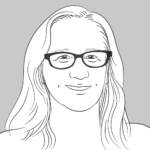