A brand-new study, published in the prestigious journal Nature Communications, suggests that evaluating spatial memory and assessing the function of specific neurons called grid cells could be a new avenue for better monitoring the progression of Alzheimer’s disease at the start of its development.

The article, “Disruption of the grid cell network in a mouse model of early Alzheimer’s disease,” has just been published by Mark Brandon, Ph. D. and his team, and features the work carried out by the first author, Johnson Ying. They show that the grid cell network is disrupted during the earliest stages of development of Alzheimer’s disease. This network of neurons, which are found in the medial entorhinal cortex, plays an important role in spatial memory capacity. Grid cells fire in repeating locations of one’s position in space, akin to an internal GPS system. 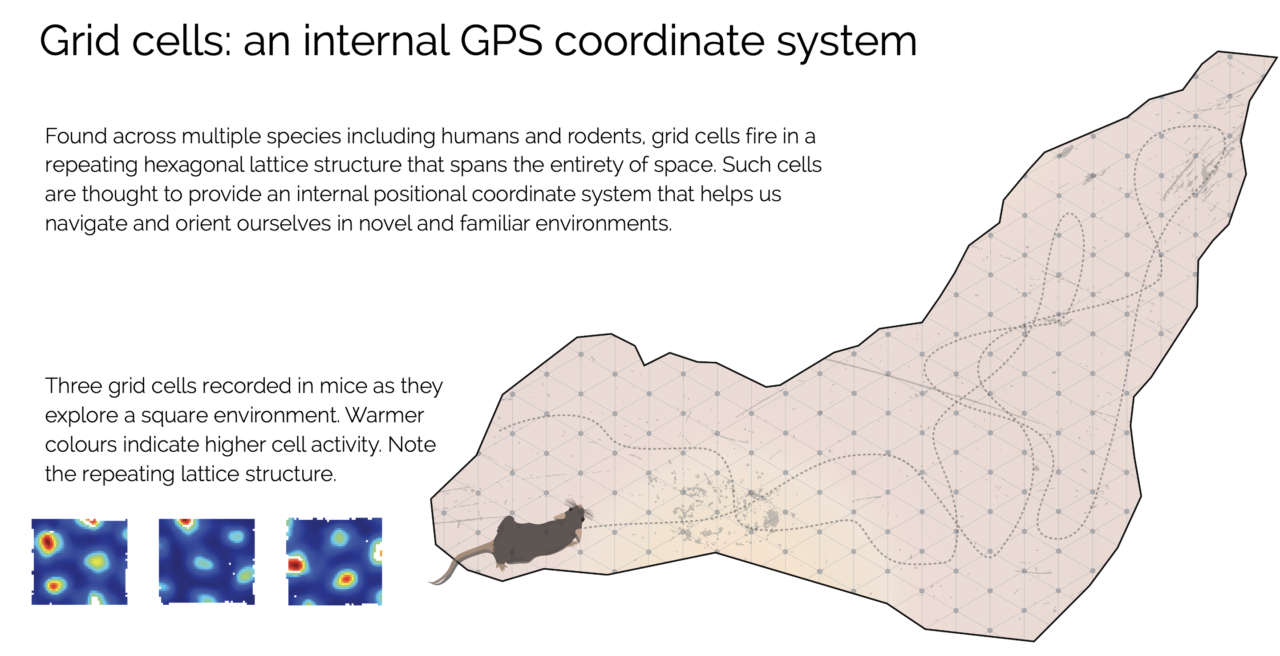 The research team observed grid cell dysfunction prior to the development of amyloid plaques, the stage typically recognized as being one of the earliest markers of Alzheimer’s disease. To do this, the research team used a genetically modified mouse model of Alzheimer’s disease. These mice express amyloid beta which is found in Alzheimer’s disease patients. Spatial navigation impairments are common symptoms of Alzheimer patients who typically have difficulty navigating and orientating themselves in space – even in familiar settings. By studying brain cell function in these mice, Brandon’s team identified that mice with the most pronounced deficits in grid cell activity also had greatest spatial navigation impairments.

This discovery sheds new light on the development mechanisms of this disease, particularly how it affects spatial memory and orientation skills. It also provides a new avenue for assessing the progression of the disease prior to the appearance of the biological markers traditionally used to diagnose Alzheimer’s disease.

Alzheimer’s disease or related forms of dementia currently affect more than 44 million people worldwide. It is a disease for which there is no cure. In recent years, research has focused on early detection of the disease to limit the consequences and improve the quality of life of patients. This new finding identifies a specific type of neuron involved in the early stages of disease that may be responsible for the widely reported spatial navigation impairments in Alzheimer patients, thus offering a new avenue for assessing disease progression.