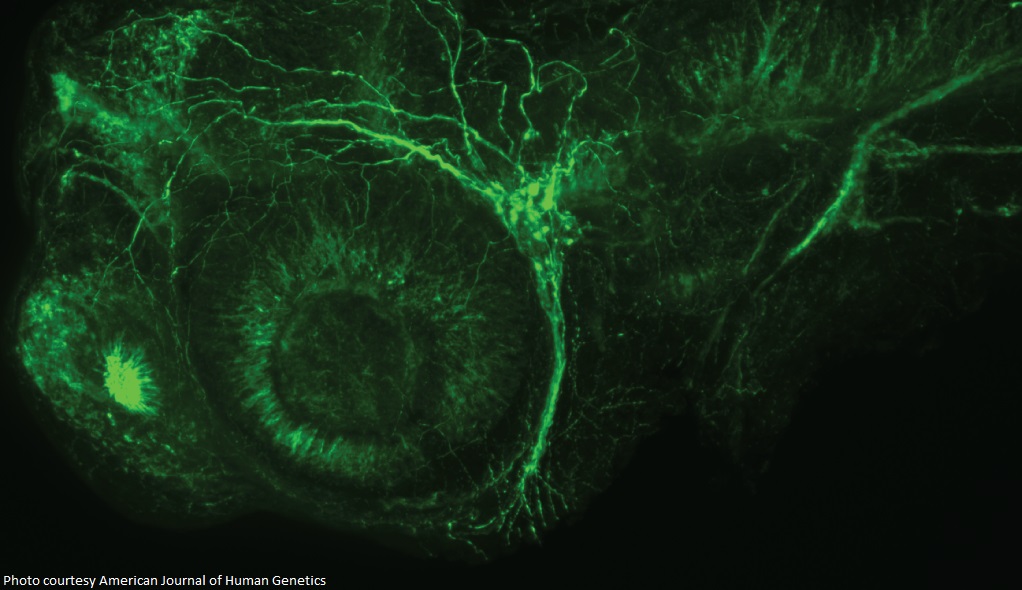 Scientists at the Montreal Neurological Institute and Hospital (MNI) have identified novel gene mutations that cause hereditary spastic paraplegia (HSP), a step forward in efforts to treat this debilitating disease.

It is estimated that between two and 10 people per 100,000 in the general population have HSP, a disease characterized by weakness or spasticity in the lower limbs. HSP is caused by mutations inherited from one or both parents.

While mutations in more than 70 genes are known or suspected to be responsible for HSP at the present time, many families remain undiagnosed, suggesting the causes of HSP are not entirely known.

MNI researchers are part of a Canadian consortium of scientists (CanHSP) that analyze the DNA of patients with HSP. Two years ago MNI researchers identified one family with autosomal recessive HSP that appeared to be caused by mutations in the gene CAPN1, previously unknown to be a factor in the disease. The scientists needed more examples of CAPN1 causing HSP symptoms to prove a causal relationship between the two.

A year ago, 20 families suffering from HSP were investigated, in collaboration with scientists from Morocco.  The MNI researchers, led by Ziv Gan-Or, a postdoctoral fellow, found two families among them whose HSP originated from CAPN1 mutations.

With this new information, researchers around the world can test people with HSP for the mutations, possibly resulting in diagnosis. While only one-to-two per cent of HSP may be caused by CAPN1 mutations, the discovery of their role in HSP improves neuroscience’s overall understanding of the disease and aids the search for drugs that can treat or cure HSP.

“The immediate impact will be to enable diagnosis of patients,” says Dr. Guy Rouleau, director of the MNI and one of the paper’s authors.  “Treatment will follow, but is a more long-term project that will require some time.”

“Our finding will help physicians and genetic counselors as it will now be possible to add CAPN1 to the panel of genes examined when meeting with HSP patients,” says Bouchra Ouled Amar Bencheikh, a postdoctoral fellow with McGill University’s Faculty of Medicine, and one of the paper’s authors. “At the pathophysiological level, using three animal models with CAPN1 gene deficiency, we observed locomotor defects or neuronal disorganization depending on the model. Interestingly, similar observations were reported for the gene spastin, the most common genetic cause of HSP. The discovery of such a mechanism will help the development of new therapeutics for these disorders.”

This research was supported with funds from The Canadian Institutes for Health Research (CIHR). It was published in the American Journal of Human Genetics on May 5, 2016. Click here to view the full article.