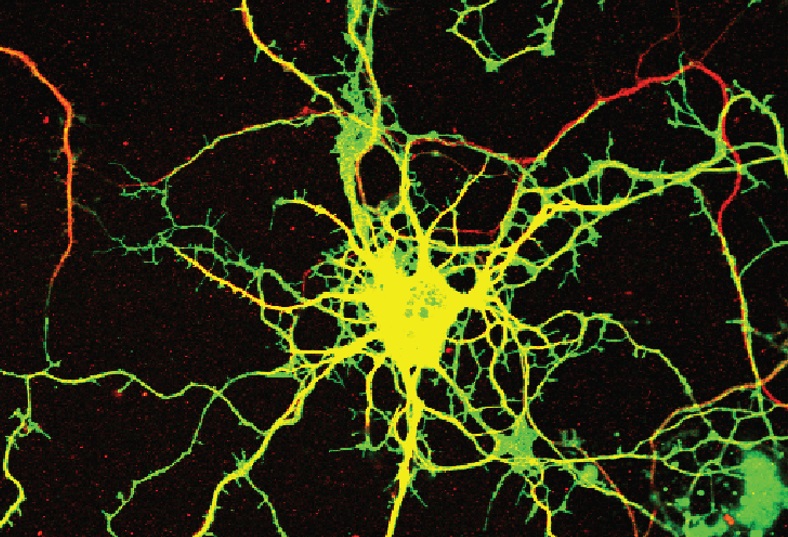 Researchers have linked a debilitating neurological disease in children to mutations in a gene that regulates neuronal development through control of protein movement within neuronal cells.

The scientists from the Montreal Neurological Institute and Hospital at McGill University, led by Peter McPherson, along with collaborators in Saudi Arabia, Jordan, Germany, and at SickKids Hospital and the University of Toronto, have discovered that a severe form of epileptic encephalopathy is caused by recessive loss-of-function mutations in the gene DENND5A. Their findings were published in the American Journal of Human Genetics on Nov. 17.

Epileptic encephalopathy is a rare but devastating sub-form of epilepsy that results in severe mental and physical disabilities in children from birth. It is often caused by improper development of the brain. Individuals with epileptic encephalopathy caused by mutations in DENND5A present with serious anomalies in brain structure along with calcifications in the brain and altered facial features.

Researchers performed whole exome sequencing on three children with epileptic encephalopathy from two families, one from Saudi Arabia and another from Jordan. Both families were consanguineous, meaning the parents were related to each other. This greatly increases the chance that rare mutations that are recessive and that cause no harm to the parents are expressed in the children. The whole exome sequencing, along with extensive and complex genetic analysis, revealed that recessive mutations in DENND5A were responsible for the disease, with the Saudi family and the Jordanian family having different mutations but in the same DENND5A gene. They found that mutations in DENND5A lead to a lack of the DENND5A protein, resulting in underdevelopment of the central nervous system. The protein expressed from the DENND5A gene is present at highest levels in the nervous system especially while the brain is developing, corroborating the evidence that mutations in the gene cause epileptic encephalopathy.

The researchers discovered that the DENND5A protein controls the movement of receptors for key developmental factors called neurotrophins. Disruption of DENND5A function leads to altered levels of these receptors, which could explain why loss of DENND5A leads to the severe neurological developmental defects in the patients.

Epilepsy affects approximately three per cent of the world population, and epileptic encephalopathy is a rare sub-form of the disease. It is difficult to say how many children with epileptic encephalopathy have the DENND5A mutations, but now that the gene has been identified as a cause, researchers around the world can begin to test patients for mutations in this gene.

“Our study demonstrates the importance of membrane trafficking in neuronal development and it provides a new pathophysiological mechanism for this disease type. This will allow physicians around the world to test if mutations in DENND5A are causing the disease in their patients, and also to provide genetic counselling for affected families,” says Dr. Chanshuai Han, the lead author on the study.

This research was funded with the help of the Canadian Institutes for Health Research, the German Academic Exchange Service, the Ontario Brain Institute, Genome Canada, and the Fonds de recherché Quebec, Santé.

Peter McPherson, the senior author on the study, is a James McGill Professor and a Fellow of the Royal Society of Canada.