Brain cancer is a terrible disease, and the lifespan for those diagnosed is often measured in months. A dedicated group of people who lost loved ones to brain cancer strive to make the future brighter for patients and their families.

A Brilliant Night (ABN) annual gala has raised $3.5 million for brain cancer research at The Neuro since it began in 2015. It was co-founded by people who decided to grieve for lost loved ones in a way that would both honor their memory and greatly benefit patients battling brain cancer. 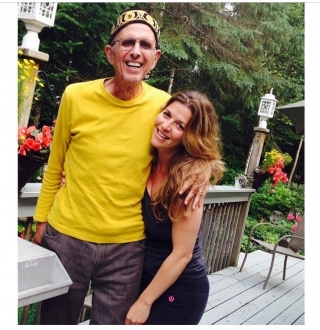 Brain cancer took the lives of Marie-Claude Lacroix’s son, Heidi Small’s father and Suzanne Wexler’s mother. Pooling their talents, the three women were among the key people to launch ABN, which they also looked on as a meaningful way to support the work of The Neuro’s Dr. Kevin Petrecca, the neurosurgeon who operated on their family members and whose research has achieved breakthroughs in brain tumour treatment. Dr. Petrecca serves as chief of the Department of Neurosurgery at the McGill University Health Centre.

“I’d never done volunteer work before and never thought I had the capacity to do something like this,” notes Small, whose father died of a glioblastoma several months before the first ABN, which by chance took place on his birthday. “It was important for us to show an example and create something. We planned it, organized it and now have this template from which it grows.”

Small, a journalist who hosts an online food show, Beyond The Plate, for The Gazette, has used her connections in the food industry to produce in-kind donations that have made ABN a delectably foody event. 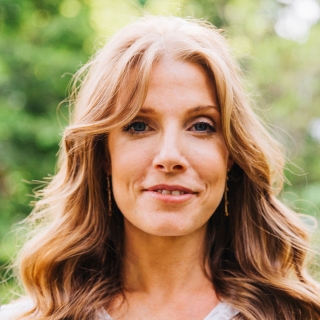 The name, A Brilliant Night, was suggested by Wexler, a former Gazette journalist and a Huffington Post writer who initially helped with the event’s branding and visuals, bringing in people like Aldo Group Design Director Gerard Cleal to donate their skills.

“Now I help with the silent auction, gift bags and logistics,” says Wexler, who learned fundraising skills while preparing ABN. She credits Dr. Petrecca and his MUHC oncology colleagues with prolonging her mother’s life.

“My mother was in Florida when doctors there diagnosed her with glioblastoma and gave her only months to live. In Montreal, Dr. Petrecca performed many surgeries on her and she lived four years. The size and location of the tumour made her eligible for these surgeries, which unfortunately isn’t the case for all brain tumour patients.”

When Marie-Claude Lacroix became an ABN co-founder, she and her husband, Ivan Boulva, were already managing another fund at The Neuro, the Francis Boulva Memorial Fund in memory of their son, who died of a glioblastoma at age 27 less than a month after diagnosis. He held a McGill medical degree and was studying pediatrics. 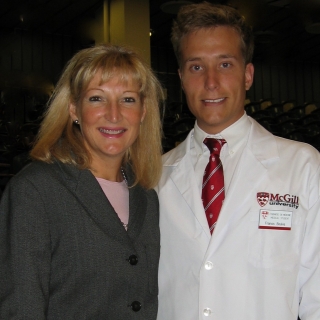 “I’ve been a volunteer since the age of 18,” says Lacroix. “Over the years, I’ve helped out at my children’s schools and at our church parish and with different health organizations. Four times, I was fortunate to be able to join a health team bringing support to patients and families in Africa. Before A Brilliant Night began, I was volunteering at The Neuro to see whether I might get more closely involved. My career had been in sales, marketing and business development. I wanted to give meaning to Francis’ premature death by promoting his scientific passion. Ivan and I thought to organize a fundraising event for The Neuro so Michael Pecho, who was in charge of The Neuro’s External Affairs at the time, brought us together with Heidi and Suzanne and with others like Wendy Sculnick and Christine Rushworth who also helped so generously to organize and manage ABN.”

Although grief brought ABN’s co-founders to share a common goal, Lacroix believes that it’s not necessary to grieve to donate or to practice philanthropy.

“Indeed, when people who have not been affected by illness choose to offer their time or money to the cause, it’s even more admirable.”

All this said, the latest committee members include others who lost a loved one recently through disease. One member is living with brain cancer herself. 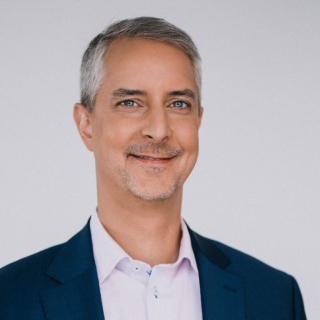 “As honorary chair, I see my role as rallying other technology supporters by putting AI forward as a new hope,” says Le Bouthillier, who has a large photo of his late father hanging on a wall in Imagia’s sleek offices in Montreal’s AI hub in Mile End. The elder Le Bouthillier died of pancreatic cancer.

A month after ABN has finished, they start planning the next one. Each of them, along with the many volunteers, add their own light so that A Brilliant Night can shine brighter.

Read more about how ABN funds will make a difference.