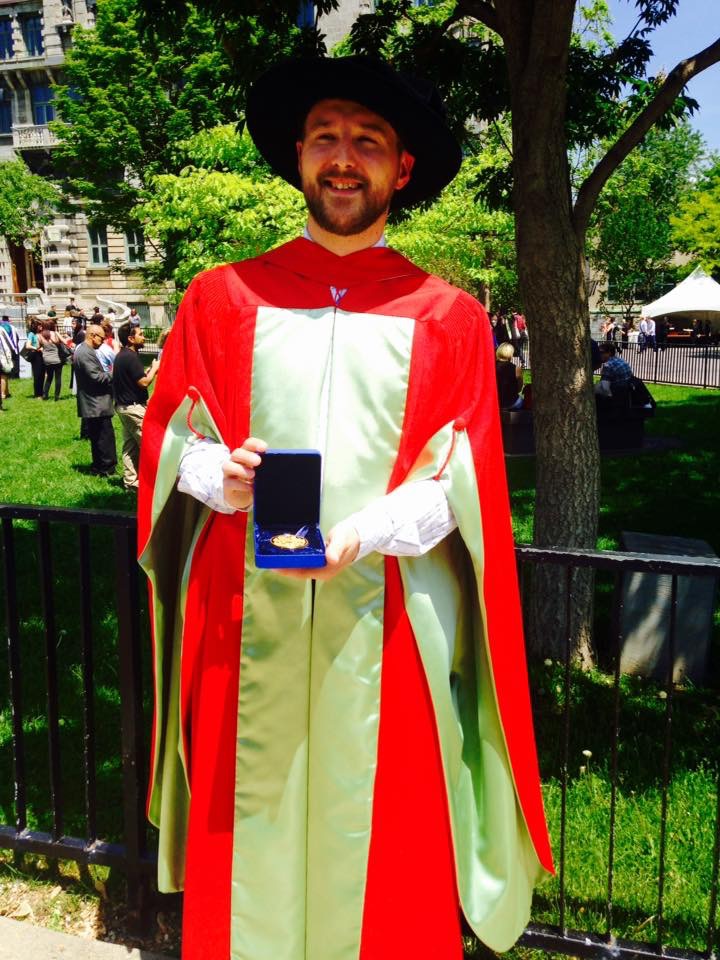 Dr. Coulombe joined the laboratory of Dr. Maziar Divangahi at the Meakins-Christie Institute in 2011 for his PhD studies. “Three principal reasons motivated this choice,” says Coulombe. “The field of study, the outstanding reputation and first-rate quality of scientific research and, most importantly, the full support from the supervisor and department of Microbiology & Immunology during my graduate studies.”

Coulombe’s PhD work consisted of investigating the function of prostanoid lipid mediators during Influenza virus infection. Prostanoids are implicated in inflammation and are broadly inhibited by commercial drugs such as Aspirin. However, nothing was known about their role in regulating the immune response during pulmonary viral infection. “We have shown that targeted inhibition of a single prostanoid known as prostaglandin E2 protects against Influenza infection by enhancing anti-viral responses,” notes Coulombe. “This is in sharp contrast with inhibition of all prostanoids by Aspirin, which has little or no effect against Influenza. Our work is of major interest since there is no cure against Influenza and that specific prostaglandin E2 inhibitors are already available for human use.”

Coulombe remarks that when he started as an undergraduate in Microbiology and Immunology at Mcgill more than a decade ago he did not expect to one day win the Governor General’s Gold Medal and the Gordon A. Maclachlan Prize.  “Many things happened during that time and the University, as well as the department, became like a second home for me,” he says.  “After the passing of my sister in 2009, I found the challenge I was looking for in Dr. Divangahi’s lab at the Meakins-Christie Laboratories. Thus, these awards mean a lot to me and I would like to thank Dr. Divangahi and my lab mates, members of the Meakins-Christie Laboratories, the Microbiology & Immunology Department, the Faculty of Medicine as well as my family and friends for their continuing support.”

Coulombe is now pursuing his medical studies at Université Laval in Quebec City.