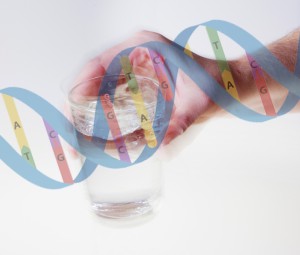 You probably know someone who has it. It is the most common movement disorder, yet most people don’t even know its name.

Essential tremor affects nearly one per cent of the world’s population, increasing to four per cent of those over 40. The involuntary shaking of hands is the most common symptom, but symptoms can also include shaking of the head and legs.

Often misdiagnosed as Parkinson’s disease, essential tremor has less severe health impacts, but does get worse over time and can have debilitating consequences. Essential tremor has a large genetic component; it is common to have large families with several members affected. Until recently, however, the genetic mechanism behind the disease remained unknown.

Researchers at the Montreal Neurological Institute and Hospital of McGill University and Kiel University in Germany have led a large international collaborative study that sheds new light on the genetics behind essential tremor, in a paper published in Brain Journal on Oct. 21, 2016. It is the largest study on essential tremor to date.

Studying a group of 2,809 patients, the researchers found a strong correlation between essential tremor and a gene known as STK32B. They also found two other genes correlated to a lesser extent with the disease. Now they plan to test even more patients to understand how these genes may contribute to the development of the disease and find other predisposing genes.

“We have the first clue now, but we want to expand on that because we still have much to learn” says Simon Girard, now a professor at the Université du Quebec à Chicoutimi and the paper’s lead author.

Ideally to follow up this study the team needs to recruit 10,000 additional essential tremor sufferers. These new subjects would be studied to identify new genes that predispose individuals to essential tremor. Once there is a more complete understanding of the genetic basis of essential tremor, scientists will be in a position to better understand the roles these genes play in the disease, and devise better diagnostic tools and treatments.

Girard says recruiting the large number of patients needed will be a challenge, in part because many sufferers do not seek medical care.

“Essential tremor is the most common movement disorder, but many sufferers don’t seek medical help,” he says. “People suffer from the tremor, but they tend to make do as best they can. Some people have had a tremor for 10-20 years or more. They know they have a tremor and they live with it.”

“People suffering from essential tremor have a chance to help us better understand this complex disease,” says Guy Rouleau, director of the MNI and the study’s senior author. “The findings will improve the chances of developing drugs to lessen or halt the symptoms, a benefit not only to today’s sufferers but those of the future.”

This study was made possible with funds from Canadian Institutes for Health Research, Canada Research Chair in Genetics of the Nervous System, and Deutsche Forschungsgemeinschaft.