Findings could provide targets for drugs to treat these conditions 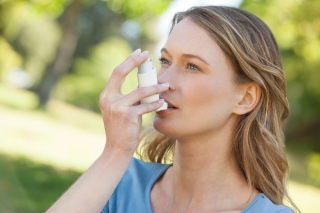 Researchers from Canada, the UK, Sweden and the US have discovered more than 30 genes that strongly affect an antibody involved in allergies and asthma. Some of the genes could provide targets for drugs to treat those conditions, according to the international team’s study, published online in Nature on Feb. 18.

Allergies affect as much as 30% of the population in Europe and North America, and 10% of children suffer from asthma. Immunoglobin E (IgE) is the antibody that triggers allergic responses occurring in these conditions.

The researchers, including four from McGill University, found that the genes are concentrated in eosinophils, a white cell that ignites inflammation in asthmatic airways. The genes indicate when the eosinophils are activated and primed to cause the most damage.

Therapies that neutralize eosinophils already exist, but are very expensive and effective only in some asthmatics. The newly found activation signals provide a possible means of directing treatments by predicting who will respond, before starting therapy.

The research team used a novel technique, known as an “epigenome-wide association study,” to discover these genes. Epigenetic changes to DNA do not alter the underlying sequence of the genetic code, but can still be passed on as cells divide. They program the cells to form specialized types and tissues.

“The study of the human genome has grown to include how chemical modifications of DNA that can be brought about by environmental and other influences can have a major impact on human health,” said Mark Lathrop, Scientific Director of the McGill University and Génome Québec Innovation Centre and a co-leader of the new study. “In our study, we have shown that certain epigenomic modifications contribute to atopic diseases such as allergy and asthma. This new knowledge points the way to multiple novel molecular pathways that can be explored for their usefulness as therapeutic targets.”

Epigenetic changes are most easily detected by alterations in methyl molecules that are attached at the side of the DNA chain. The researchers therefore concentrated on methylation hotspots known as CpG islands that are positioned near many genes. They tested whether methylation levels in these islands in white cells from individuals with and without asthma were correlated with the level of the IgE in the blood. They found strong associations between IgE and CpG island methylation at 36 places in 34 genes. In asthma sufferers, these genes produce more IgE, contributing to asthma symptoms.

Some of the IgE-related genes were known to be present in eosinophil cells. The researchers therefore separated eosinophils from the blood of 24 subjects and showed all 34 genes to have their strongest effects in asthmatics with high IgE levels. White blood cells from asthmatic families in the Saguenay-Lac-Saint-Jean region of Québec were used to test the validity of analyses of samples of families in the UK.

The Freemasons’ Grand Charity, the Wellcome Trust and grants from the Québec Government provided the principal funding for the study.