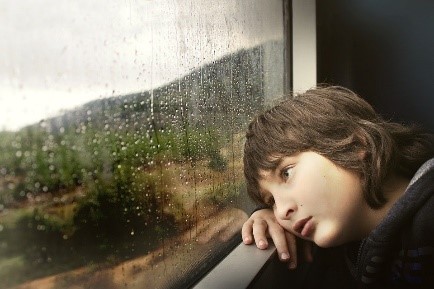 A new study by McGill researchers at The Douglas demonstrates that the severity of ADHD can be modulated by the quality of the early childhood environment, lending support for early interventions.

Led by Dr Patricia P Silveira, a new study and bioinformatically derived diagnostic tool focused on brain serotonin function show that increased exposure to early childhood adversity associates with an increase in Attention Deﬁcit/Hyperactivity Disorder (ADHD/ ADD) in children as young as age 4 and 5. On the positive side, supportive environments also seemed to afford more protection in regard to the severity of ADHD and attention problems.

Dr Silveira’s team of McGill and Ludmer Centre researchers at the Douglas Research Centre set out to investigate if, as well as how, interactions between childhood adversity and the serotonin-transporter-gene network in the amygdala associate with behavioral disorders. To do so, they constructed a co-expression-based polygenic risk score (ePRS) that was able to reflect variations in the function of the serotonin-transporter-gene network (5-HTT) in the amygdala. The new tool (5-HTT-ePRS) enabled them to investigate the link between childhood adversity and the impact on attention problems. 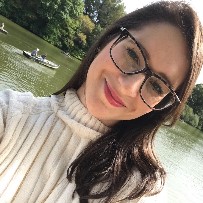 According to Randriely de Lima, PhD candidate and first author of the study, “Children exposed to early life adversity are more susceptible to the development of several mental health problems, such as attention deficit disorder and hyperactivity. The multimodal approach used in our study moved beyond the analysis of single genes, enabling us to associate a gene network with behavioral and brain imaging phenotypes.”

Why study serotonin in the amygdala?

The amygdala—an almond-shaped mass of gray matter inside each cerebral hemisphere—is predominantly modulated by the serotonin system (gene and protein). Part of the limbic system, the amygdala plays an important role in the processing of emotions and attention. More specifically, the serotonin-transporter gene and protein (5-HTT/SLC6A4) have been associated with impulsivity, hyperactivity, ADHD and multiple mental illnesses (obsessive compulsive disorder, anxiety disorders, etc.). Dr Silveira’s study confirmed that the serotonin-transporter-gene network (comprising 35 genes), in the context of childhood adversity, strongly associates with ADHD-related behaviors, cortical density in specific regions of the brain, and epigenetic changes (i.e., observable markers left on our genes by processes such as DNA methylation).

The Serotonin Pathway – Connecting a wide set of processes.

A neurotransmitter, serotonin is known to inﬂuence physiological processes including autonomic function, motor activity, hormone secretion, and behavioral processes such as cognition, emotion, reward and attention. Previous research has already linked variations in serotoninergic signaling to various behavioral outcomes. Alterations in the genome, such as DNA methylation and histone modiﬁcations, are also affected by serotonin neurotransmission. Like dominos, we can start to see how variations in serotonin can set off a cascade of reactions that affect child development depending on their environment. The study’s findings provide strong evidence that serotonin (5-hydroxytryptamine, 5-HT) is an important contributor to these brain conditions.

Underscoring the interplay between the genome and the environment in the regulation of serotonin-transporter-gene expression, genetic variations in the serotonin-transporter-protein-coding gene (SLC6A4) have been associated with individual diﬀerences in DNA methylation; differences that have been linked to exposure to early life adversities (abuse, trauma, etc.). Gene expression is the process by which the genetic code, our DNA, directs protein synthesis and produces cells; thousands of genes need to be expressed in a particular cell to determine what function that cell will have in our body. In Dr Silveira’s study, childhood adversity explained DNA methylation levels better than other predictors for 47% of all variably methylated sites; the serotonin-transporter-gene (5-HTT) network and the interaction (gene network by environment) also explained a fraction of the variance in methylation, suggesting that this systems moderates the effect of adversity on ADHD risk.ADHD is a prevalent psychiatric condition characterized by symptoms of inattention, impulsivity, and/or hyperactivity. It affects 5% of children as well as 4% of adults worldwide. Beyond being high heritable, we now know that the risk of developing severe ADHD outcomes is not written in stone. Dr Silveira’s study demonstrated that severity can be linked to the quality of the early childhood environment, lending support for early interventions.New diagnostic tool -Bioinformatically derived risk scoreUntreated, ADHD imposes immense challenges academically, socially and, as an adult, economically as it can affect a person’s ability to secure and retain employment, as well as career advancement. Higher levels of school dropout, fewer years of schooling and additional mental health disorders, including substance abuse, are also more common among those with ADHD. The study’s results suggest that the polygenic risk score developed for this study (5-HTT-ePRS) is a strong predictor of attention-related processes. As proven diagnostic tool, the 5-HTT-ePRS tool would enable early identification of those children with ADHD in need of intervention. Dr Silveira is preparing new ADHD studies that will enable her to use and validate the new polygenic score (5-HTT-ePRS) as a predictive model in larger samples of patients and controls that will help define its clinical utility. Dr Carla Dalmaz, a co-author of the study, noted, “The biologically-informed polygenic score technique is an interesting tool, one that could enable  us to translate findings from basic science studies to clinical populations.” Contact the Ludmer Centre if you are interested in supporting or learning more about this next stage of research.

Lest we forget, longitudinal data and tools critical to research