On Tuesday, September 24, 2019, a drone transported simulated blood products to the rooftop of the Montreal General Hospital (MGH) of the McGill University health Centre (MUHC) in a groundbreaking experiment led by Dr. Valérie Homier, emergency physician at the MUHC and a specialist in emergency medicine. This was the first experiment of its kind in Canada. 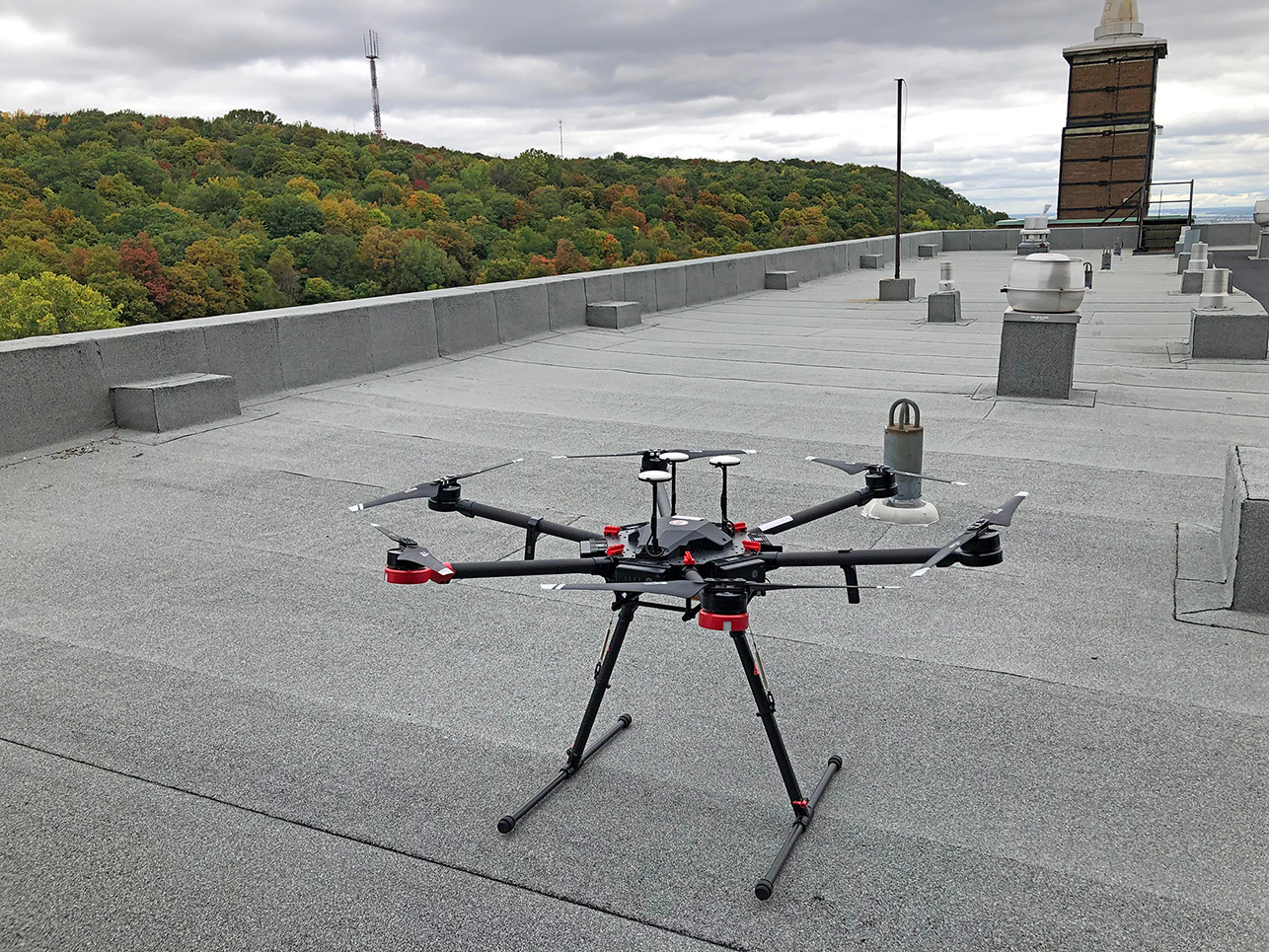 “If drones are deemed an effective means of transport for blood products, lives could potentially be saved,” says Dr. Homier. “This is especially true in mass casualty situations, where on-ground traffic and road closures can cause deadly delays.”

Delivering an AED via drone: a first in Quebec

That same day, Dr. François de Champlain, emergency physician at the MUHC and president of the Jacques-de Champlain Foundation, led the delivery of an automated external defibrillator (AED) during a simulated cardiac arrest that occurred at the Mount Royal Belvedere.

“When someone goes into cardiac arrest, the key is getting them that first choc from the defibrillator as fast as possible,” he explains. “The chance of survival decreases by around 10 per cent every minute of delay. Delivering an AED by drone is a fascinating endeavour that I hope will come into effect in the next five years.”

You can download the AED-Quebec app to localize the nearest AED to you: