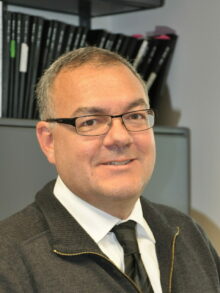 Last year, at the 2012 BIO International Convention, a partnership was launched between CQDM and key partners from Ontario, including OCE, MaRS Innovation and the Ontario Brain Institute, to fund collaborative life sciences research projects between the two provinces. It builds upon existing strengths within the two provinces to increase innovation, productivity, investment and job creation. Within the sphere of influence of the Quebec-Ontario Life Sciences Corridor, CQDM launched, in 2012, its own Quebec-Ontario program. Two pilot projects have been then funded by CQDM and expressed the value of collaborative interprovincial efforts.

This year, two CQDM-OCE co-funded projects have been selected among eight under consideration, including a partnership between Dr Vincent Giguère from McGill University and Dr Henry Krause from InDanio Biosciences in Toronto to advance the development of an innovative zebrafish-based drug discovery platform for nuclear receptors targets with applications for cancer and metabolic diseases.