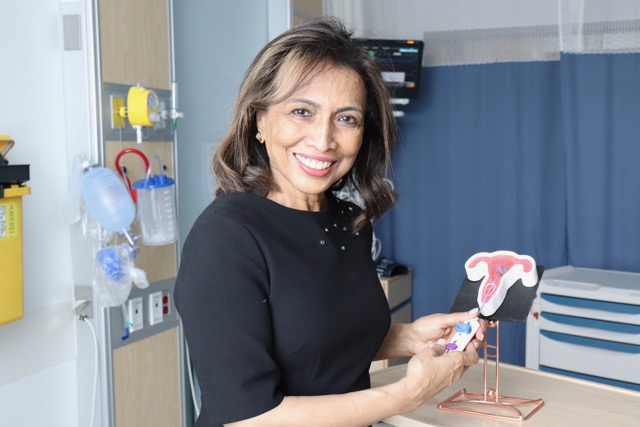 As a remarkable leader and change agent, Dr. Lucy Gilbert has been named to the Top Women of Influence™ for 2021—a celebration of Canada’s most accomplished women role models.

The award recognizes the extraordinary accomplishments of Canada’s self-identified women and gender-diverse role models. The recipients have all left their mark: contributing to the greater good through their initiatives; using their influence to drive positive change; or reaching inspiring heights on a global stage. From athletes to activists, corporate leaders to up-and-coming entrepreneurs—their unique achievements are impossible to compare against each other, which is why the awards were designed as a celebration, rather than a ranking.

“When I began my career in medicine, there were very few women, especially in surgery,” notes Dr. Gilbert, Professor in the Departments of Obstetrics and Gynecology and Oncology at McGill University’s Faculty of Medicine and Health Sciences. “I was inspired by those few women who had broken that glass ceiling. I hope I can do the same for young women today, especially visible minorities. I want women to know that you can have a family and an impactful career. The key is believing in yourself and following your passions.”

In February 2019, Dr. Lucy Gilbert was awarded the Quebec Science 2018 Discovery of the Year for her DOvEEgene test, a simple diagnostic test that detects ovarian and endometrial cancers in their early stages. To conduct the test, a specially designed swab is inserted into the uterus to gently collect cells. The cells are then tested for signs of cancer using DNA analysis. Dr. Gilbert’s goal is to make the DOvEEgene test a routine part of women’s health, just like the pap smear. Clinical trials for DOvEE are set to begin in May 2021.

The impact of Dr. Gilbert’s work