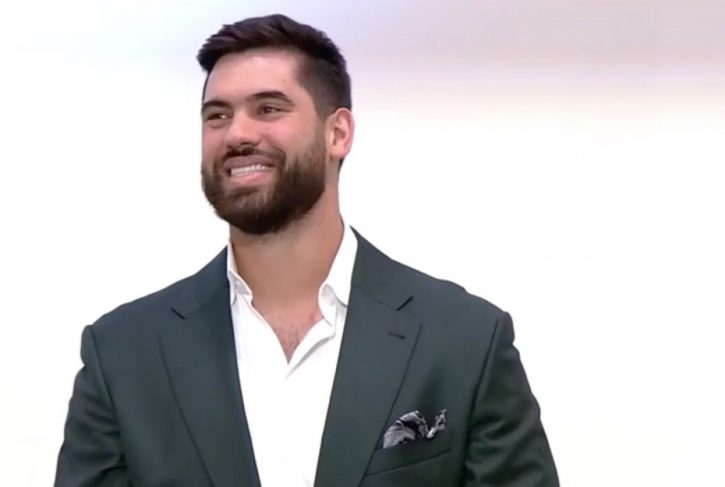 Another day, another honour for Laurent Duvernay-Tardif.

On February 18, everybody’s favourite Super Bowl-winning doctor received a standing ovation as he was awarded the Medal of Honour at the National Assembly.

“What an accomplishment! Four parties standing together, 125 deputies – it’s unique,” joked premier François Legault, remarking on the rare show of unity among deputies.

An emotional Duvernay-Tardif put his hand on his heart and pointed to friends and family during the ceremony, clearly moved by the warm reception.

“I am proud to represent you, to represent Quebec,” said a beaming Duvernay-Tardif. “I am extremely honoured. It is very touching.”

A standout offensive lineman when he played at McGill, Duvernay-Tardif began making headlines south of the border when he was drafted by the NFL’s Kansas City Chiefs in 2014. At the time, the 6’5”, 320-pound native of Mont-Saint-Hilaire was pursuing his medical degree at McGill. It was a dream he refused to put on hold – even for the NFL.

Instead, he followed his two passions, balancing football and his medical studies with equal dedication. In 2018, Duvernay-Tardif graduated from McGill, becoming the first active NFLer to earn his medical degree and cementing his reputation as “the most interesting man in the NFL.”

Later that year, however, Duvernay-Tardif suffered a major setback, fracturing his leg in October in a game against the Jacksonville Jaguars. Not to be deterred, LDT came back with a vengeance last season, protecting MVP quarterback Patrick Mahones and helping anchor the league’s best offense.

On February 2, Duvernay-Tardif and his Kansas City teammates climbed the NFL summit, winning Super Bowl LIV in a thrilling 31-20 comeback win over the San Francisco 49ers in Miami. In so doing, Duvernay-Tardif became the first doctor, the first Quebecker and the first member of the McGill community to win the Vince Lombardi Trophy.

Out of the trenches and into the limelight

Since then, life has been a whirlwind for Duvernay-Tadif, beginning with a Super Bowl parade in Kansas City that drew 800,000 people. Arriving back in Montreal, he got a hero’s welcome at Fête des neiges; has hosted several blood drives as spokesperson for Héma-Québec; and was on hand for the unveiling of a banner in his honour at his alma mater.

As offensive linemen usually toil in relative obscurity, LDT is revelling in his new-found fame – especially as it provides him with an opportunity to promote causes dear to his heart.

“Quebecers judge me less for my accomplishments in the sports world, and more for the person who I am, or at least that’s how I feel,” said Duvernay-Tardif after the ceremony. “If I can use my platform to give back and promote the causes that I believe in, with my foundation, or as an ambassador for Hooked on School Days, it will be mission accomplished.”