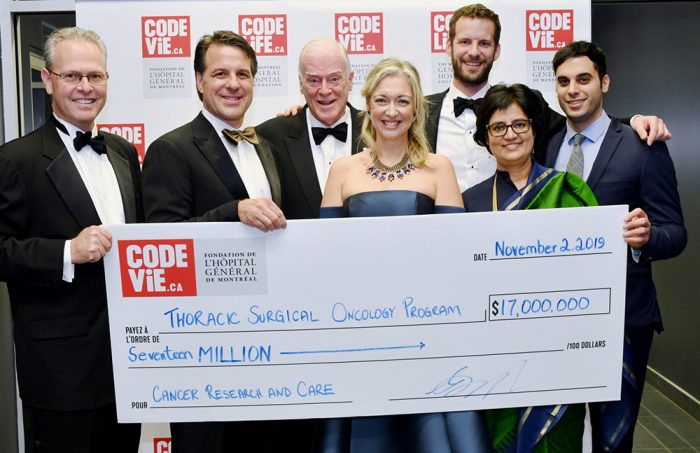 Across the country, lung, esophageal and stomach cancers are the fastest growing and most lethal types of cancer, with a five-year survival rate of less than 20%.

“Our donors are committed to the fight against thoracic cancers and we are proud to see their support grow year after year,” says Jean-Guy Gourdeau, President and CEO of the Montreal General Hospital Foundation. “The amounts invested by the government are insufficient to drive research, and that’s why the community’s support via philanthropy is essential for medical progress.”