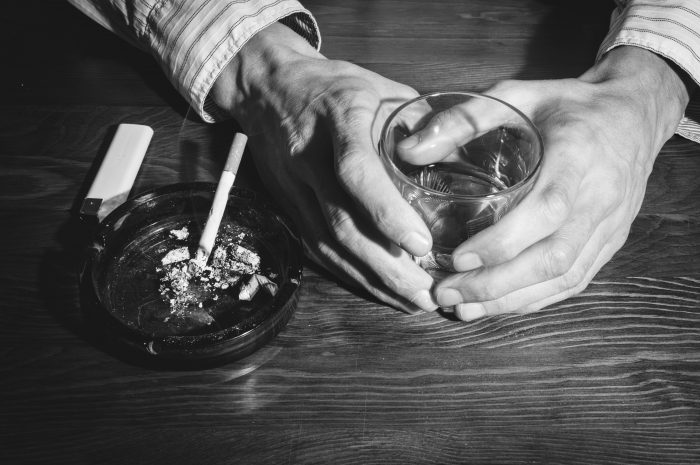 A new paper from researchers with the McGill Group for Suicide Studies published in Molecular Psychiatry suggests that the use of cannabis, alcohol, and tobacco may have a causal role in leading an individual to attempt suicide.

As the most predominantly used substances, understanding whether a direct link exists between cannabis, alcohol, and tobacco use and suicide risk is an important question, especially as the former joins the latter two in being widely legalized. While previous studies have shown that there was a potential for a link, the designs of those investigations made finding a causal link difficult. “Both substance use and suicide attempt may be the result of a common factor, which increases both the risk of using substances and the risk of attempting suicide, such as growing up in an adverse environment,” explains Dr. Massimiliano Orri, a postdoctoral fellow in McGill’s Department of Psychiatry under the supervision of Drs. Marie-Claude Geoffroy and Gustavo Turecki and the new study’s lead author. “For example, growing up in a poor household can both increase a person’s risk of using substances and their risk of attempting suicide. These factors are called confounding factors.”

In order to address the question of whether the use of substances does in fact lead to a higher risk of attempting suicide, Dr. Orri and his co-authors at McGill and Université de Montréal used an innovative design that exploits genetic data. Each behaviour, including substance use, is partially influenced by our genetic makeup, so having inherited certain genetic variants may increase the likelihood of one using substances.

“Like in an experiment, inheriting the genetic variants increasing the likelihood of using substances happens at random during conception, therefore they do not depend on life circumstances such as growing up in adverse environments,” notes Dr. Orri. “We can exploit this ‘natural experiment’ to remove confounding factors from the analysis: genetic variants increasing the likelihood of substance use may be used as a proxy of substance use to study the causal effect on suicide attempt. This design is called Mendelian randomization.”

To complete their study, the researchers used genetic data from thousands of individuals of different ages and sex and from different countries around the world. This provided the large sample necessary for the analyses to be completed, though Dr. Orri cautions that they cannot say definitively what influence the heterogeneity of the sample (age, sex, context, and assessment of substance use among the individuals) may have had on the findings.

“Preventing the use of substances would be effective to prevent suicide only if the association is causal,” says Dr. Orri. “Our study is therefore important because it provides evidence that is compatible with a causal role of tobacco, alcohol, and cannabis use on suicide attempt. The next steps would be to replicate our findings in specific populations using different research approaches. In particular, the meaning of substance use may vary in different periods of life and it is therefore necessary to understand if the results are the same among youth and adult individuals, as well as among men and women.”

“A genetically informed study on the association of cannabis, alcohol, and tobacco smoking with suicide attempt,” by M.Orri, M-C. Geoffroy, G. Turecki, et al. was published June 8 in the journal Molecular Psychiatry.