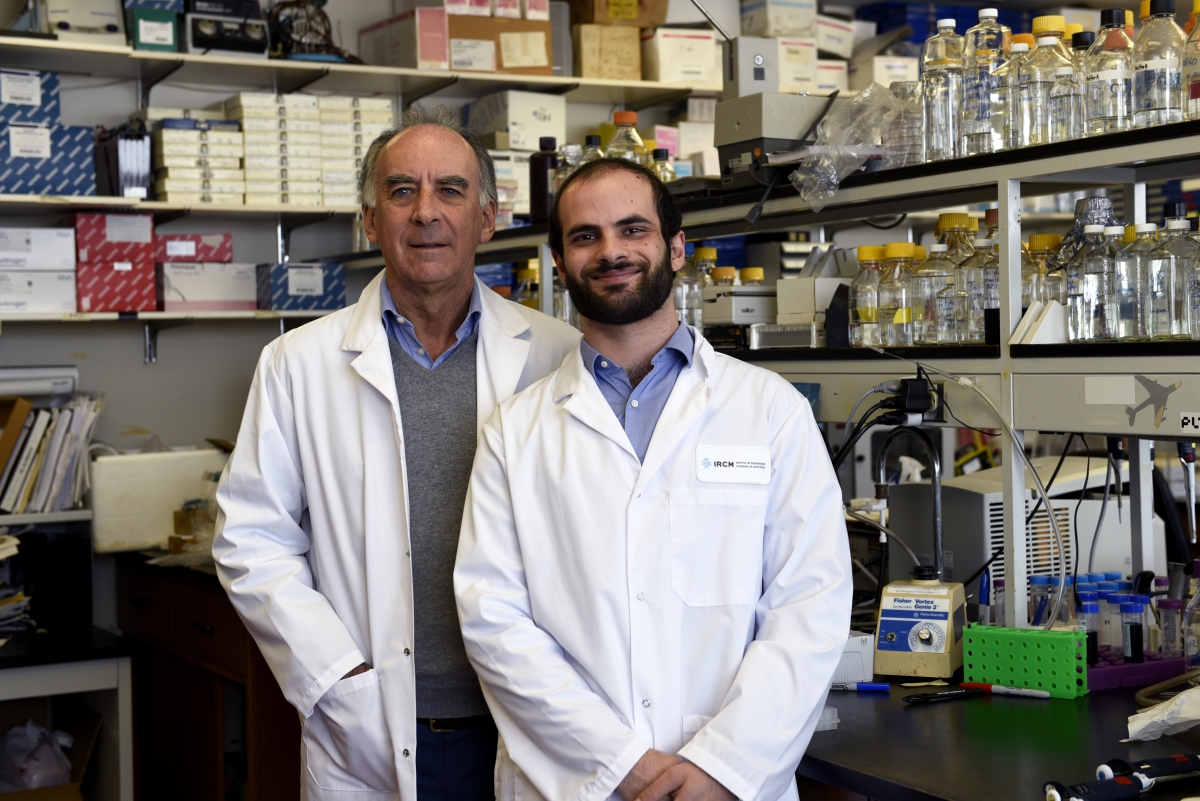 Our genome contains all the information necessary to form a complete human being. This information, encoded in our DNA, stretches over one to two metres long but still manages to squeeze into a cell about 100 times smaller than a green pea. To do so, the genome has to be compacted.

Now a team led by Jacques Drouin, a researcher at the Montreal Clinical Research Institute (IRCM) and professor at Université de Montreal’s and McGill University’s Faculty of Medicine, has identified a key that can open up some parts of the compacted or closed genome. The discovery of this key, a pioneer factor, provides novel insight into mechanisms of genome access. The discovery was recently published in Nature Genetics.  Like an archaeologist who unearths a long-buried civilization and reveals a whole new culture, this pioneer factor provides access to parts of the genome that were inaccessible due to its compacted state.

Once upon a time, there were two cells

Our lives began when two cells – an egg and a sperm – meet. Together, they produce a variety of ‘progeny’ whose functions and properties differ from their own. The human body actually has many types of cells – about 200. How can this diversity be explained? The answer lies in the genes.

Imagine DNA as a book, with each gene amounting to a page of information. When new cells are formed, an army of translators known as ‘transcription factors’ is called into action. Each factor reproduces specific pages of the book at various stages in a person’s development. Thanks to these stacks of pages, a cell differentiates, acquiring a distinct identity.

“That’s why a cell in your liver and a cell in the tip of your toe share the same ancestor,” explained Drouin, who is Director of the IRCM’s Molecular Genetics Research Unit.

This is where Jacques Drouin and his PhD student, Alexandre Mayran, stepped in, examining two types of pituitary cells.

“The two types of cells seemed to use the same transcription factors to develop, right up until the very last stage,” Drouin recalled. “In theory, they should be identical, but they have completely different functions and are located in different parts of the pituitary.”

Trying to understand why, the IRCM researchers focused on one molecule, Pax7, and were able to demonstrated its crucial role. “Pax7 acts like a key, opening specific parts of the genome,” said Drouin. “It’s what we call a pioneer factor. Acting as a pioneer, Pax7 gives access to 2,500 new sites that transcription factors can bind to and express genes that were previously out of reach.”

Despite its important role in embryo development, pioneer action is far from being well-understood. Without pioneer factors, our cells wouldn’t be able to diversify to such an extent. As well, pioneer action must occur at the right place and at the right time for a tissue to develop normally. If the mechanism fails, some genes will be expressed by mistake and this inappropriate gene expression causes diseases such as cancer.

Pursuing their research, the IRCM team will now investigate Pax7’s mechanism of action more thoroughly. “We’d like to identify the proteins that interact with Pax7 in order to open specific parts of the compacted genome; these could be future therapeutic targets,” said Drouin.

Indeed, pioneers are key factors for reprogramming cells – to produce insulin-secreting cells that people with diabetes need, for example, or neurons to replace those lost in the brains of Parkinson’s disease patients. Understanding pioneer factors is therefore a priority to realize the promises of cell and gene therapy. For Drouin and his team, the treasure hunt has just begun.

The research was funded by the Canadian Institutes of Health Research and an IRCM Challenge grant from the IRCM Foundation.