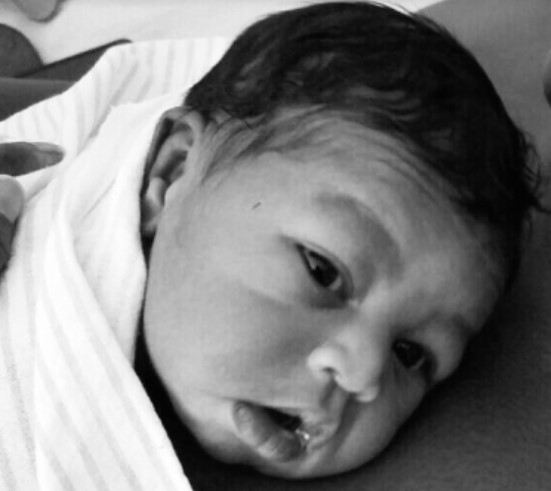 When Judelyne Pierre moved from Haiti to Quebec, she was eager to start a new chapter in her life. But less than one year into her stay, doctors found a mass in her body and told her she had to get operated right away.  Judelyne underwent preliminary testing for surgery and when her blood test results came back, she found out she had another serious medical condition: sickle cell anemia.

“It was two doses of bad news at once,” she recalls. “I was shocked.”

Sickle cell anemia is a form of sickle cell disease, a blood disorder which affects the body’s red blood cells. Instead of having a smooth, round shape, red blood cells take on the shape of a crescent moon. These sickled cells can get stuck in small blood vessels, causing episodes of pain and even organ damage. They may also breakdown prematurely, posing risk for anemia. Since red blood cells are responsible for delivering oxygen throughout the body, anemia can lead to fatigue and other more serious complications.

Judelyne’s morale elevated slightly when her mass was successfully removed, however her fright over sickle cell anemia intensified. She learned the disease was hereditary and could be passed down to her children – and in 2016, Judelyne became pregnant.

Dr. Veronique Naessens, hematologist at the Royal Victoria Hospital (RVH) who’d been treating Judelyne since her diagnosis, knew there was a chance the baby could be born sick.

“If both parents have the gene, it increases the baby’s risk,” she explains. “I insisted that the baby’s father get tested right away.”

Unfortunately, though, the father of Judelyne’s child did not want to be involved.

Judelyne did her best as a single mom-to-be, attending school during the week and working every second weekend. But sickle cell disease made pregnancy very challenging. She was losing weight, constantly tired, and her hemoglobin count fluctuated between 80 and 90, a low figure in comparison to the 120 benchmark. The pinnacle of Judelyne’s suffering occurred one afternoon when she was eight months pregnant.

“I was at home by myself when I felt an overwhelming pain in my back. I thought it was the baby changing position, so I tried moving around. Nothing worked. I went to the hospital.”

Doctors determined that Judelyne was experiencing a pain crisis related to a significant drop in her hemoglobin; it had gone all the way down to 74.

“My gynecologist wanted me to get a blood transfusion, but Dr. Naessens was worried for my health and the health of my baby.”

Indeed, sickle cell disease increases the risk of antibody formation. Dr. Naessens knew this could be dangerous in an emergency situation.

Thankfully, Dr. Naessens was able to relieve Judelyne’s pain without the need for a transfusion, and her hemoglobin went back up. Judelyne returned to the hospital a month later, though – and this time, straight to the birthing centre.

The start of something new

In September 2016, Judelyne gave birth to a beautiful boy named Jhuss. Caressing her son in her arms for the first time, Judelyne felt on top of the world. The many trials she’d endured in pregnancy had been worth it.

Judelyne still had one very important question on her mind: was the baby sick?

“The doctors came in, and told me my baby was healthy,” she tenderly recalls. “It was an extraordinary relief!”

As a precautionary measure, Jhuss was followed by a hematologist for the first year of his life. Around the same time, Judelyne met a wonderful man named Rolf. They married in 2017, and have been joyfully watching Jhuss grow up together.

As Judelyne dreams for the future, she wishes to thank the staff of the McGill University Health Centre (MUHC) who helped her along the way, in particular Dr. Naessens and Sickle Cell Nurse Case Manager, Catherine Sabourin.

“Dr. Naessens and Mrs. Sabourin have been looking out for me from the start, always make sure I have my appointments even when it’s difficult to schedule. They were there for me in a special way during my pregnancy.”

Today, Judelyne says she is doing well despite sickle cell disease. Her medication helps control her symptoms, allowing her to fulfill her responsibilities and to enjoy her son’s milestones.

“My boy is healthy, energetic, and even starting to speak. He will celebrate his third birthday at the end of September,” she says.

What a delightful way to cap off Sickle Cell Awareness month. Jhuss, the MUHC wishes you a very happy birthday!