“The highly uncertain, constantly evolving nature of the COVID-19 pandemic, and the mixed messages people feel they have received from experts has unfortunately led many to lose trust in our scientific and democratic institutions.” 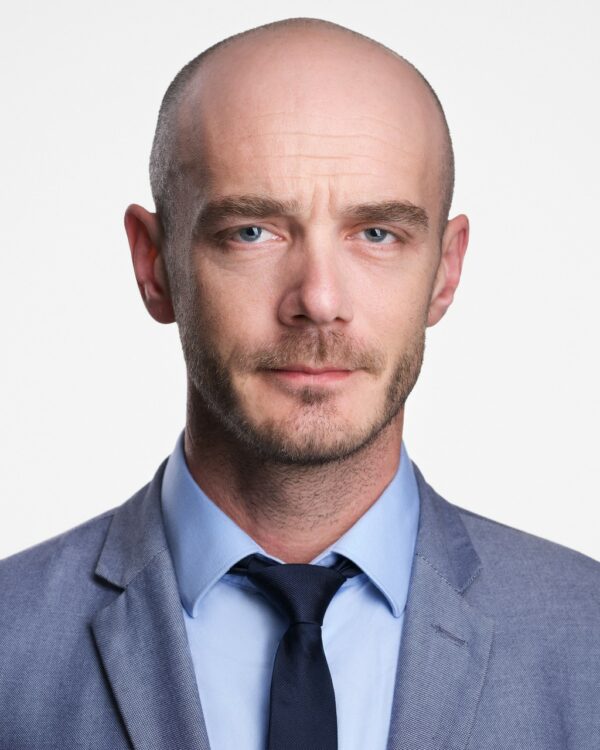 By Neale McDevitt, McGill Reporter
“COVID-19 is a hoax that world leaders, including PM Justin Trudeau, have orchestrated to take control of the global economy.”
“The virus was developed in a lab in China.”
“Masks are, in fact, dangerous.”
“5G technology is responsible for the speed with which the virus has spread.”
There are no shortage of conspiracy theories relating to the COVID-19 pandemic. But why are people drawn to these theories – even ones that are so far-fetched? What is it about the human psyche that makes us susceptible to embracing – and spreading – these bogus theories? Samuel Veissière, Assistant Professor in the Department of Psychiatry; Co-director of the Culture, Mind, and Brain program; and an Associate Member of the Department of Anthropology answers these questions and more.
An interdisciplinary anthropologist and cognitive scientist, Veissière studies social dimensions of cognition, consciousness and human well-being through a variety of projects including placebo effects and hypnosis, hyper-sociality in smartphone addiction, social polarization, gender and mental health, and the theoretical study of cultural evolution.

What are conspiracy theories?

We can define conspiracy theories as overly simplistic, empirically false, uniquely catchy stories that seek to explain the root causes of perceived harm and suffering through the intentional actions of powerful agents. Conspiratorial ideation resembles magical thinking and paranoia, in that it perceives patterns where there are none, and posits the presence of dark, hidden, malevolent and personified forces – usually in the form of a small group of people.

Is this a relatively new phenomenon?

Conspiracy theories have likely been around for a very long time, ever since we became a symbolic, linguistic species. The human mind – especially the untrained, unwise human mind – is constrained by many evolved cognitive biases that make it uniquely vulnerable to ‘fake news’ and divisive, conspiracy-like false beliefs. These biases all confer important survival and fitness advantages, but it is important to recognize the conditions in which they become hyperactive and dangerous.

What is it about the human condition that makes many of us so open to conspiracy theories?

To understand the epidemiology of conspiracy theories, we must first appreciate the vulnerabilities of the human mind. We can then identify the social conditions in which they breed, the vectors through which they spread, and the groups that are most at-risk. The basic cognitive ingredients include:

What about social ingredients? Are there certain social conditions that encourage the proliferation of conspiracy theories?

New conspiracy theories tend to emerge in the context of rapid social change, the erosion of traditional systems of collective ritual and meaning, and increased uncertainty. Wars, natural disasters, economic crises and pandemics are the typical breeding grounds. The black plagues of the middle ages, for example, led to unprecedented peaks in antisemitism, witch hunts, and violence against other marginalized groups as people sought to identify culprits for failed crops, famine and death.

The COVID crisis occurred in a rapidly changing and increasingly individualistic world where decreased trust in religious, moral, scientific, medical, and political expertise was already the norm. From a complex systems perspective, conspiracy theories reflect homeostatic cultural mechanisms that aim to restore order, predictability and clear goals – “meaning” – in a chaotic world. People want to understand the cause of their suffering, know whom to trust, and what to do.

The highly uncertain, constantly evolving nature of the pandemic, and the mixed messages people feel they have received from experts has unfortunately led many to lose trust in our scientific and democratic institutions. The highly volatile and divisive political climate since 2016 has further exacerbated this worrying trend.

What role does technology play in the dissemination of conspiracy theories?

Conspiracy theories, because they are so catchy and divisive, show us the extent to which humans can fight over meaning, values, and moral models. All political and social movements are premised on the desire to do good in the world and protect innocent victims from perceived enemies. History has shown that when vectors of information diffusion become more efficient, conflict tends to be on the rise. The invention of the printing press at the dawn of the Renaissance, for example, enabled the fast, efficient, and divisive spread of new ideas that contributed to increasingly lethal religious, then ethnic warfare, peaking in the horrors of the first two world wars five centuries later.

The internet – by now, the mobile Internet via smartphones – has ushered a constant stream of access to information with unprecedented reach, scale and speed. When faced with an abundance of information, our minds will zero in on the most evolutionarily salient, catchy and conspiracy-like material. Rather than seek comfort in the conviction that ‘fake news’ are only consumed by our perceived enemies, we need to recognize that we are all at risk of believing in conspiracy theories.

How can we protect ourselves against conspiracy theories?

The first step is to realize that, in their least nuanced form, most of the stories, myths, narratives, and belief systems that humans have devised to make sense of the world are ‘conspiracy-like’. From the vantage point of perceived victimhood and protection of one’s group, all conspiracy theories are well-intentioned and promote one vision of justice! Try to “stretch” the stories you believe about the world to see if they entail a clear split between good and evil people, and blame most of the world’s problems on a single group of people. In their simplest form, for example, all social justice and identity politics narratives are conspiracy-like, and will be perceived as such by people who believe a different narrative.

The world can only heal from this chaotic moment if we all make the effort to challenge and expand our stories and moral goals to include people who are different from us.

We can leverage the good parts of our conspiratorial nature to achieve this goal. Protecting the weak, building alliances, preventing disease, eliminating lethal threats, are the building blocks of universal, sacred values that we can all agree on.   The common threat of global virus can provide an opportunity for unprecedented unity.

Magical thinking, tribalism, and allergy to ambiguity and nuance are the bad parts of our conspiratorial nature that we must all work to overcome. Academics, public intellectuals, scientists, and the mainstream media have a big part to play in this project. As more and more people turn to seemingly crazy and dangerous ideas, members of elite institutions must also ask themselves how, by promoting the certainty that they are on the side of science, truth, morality, and the “good side of history”, they may inadvertently alienate larger and larger segments of the population. While we are all prone to conspiratorial belief, it is those groups that feel most excluded, misunderstood, demonized, and alienated that are most at risk of falling for – and acting on – dangerous false ideas.

The current political crisis in which people appear to believe in increasingly alternative realities should serve as a reminder that we are not working hard enough to understand and welcome each other, in our commonalities and differences.