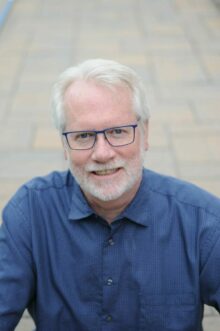 Dr. Charles Bourque, James McGill Professor in the Department of Neurology & Neurosurgery at McGill University’s Faculty of Medicine and senior investigator with the Brain Repair and Integrative Neuroscience program at the Research Institute of the McGill University Health Centre, was recently appointed President of the Canadian Association for Neuroscience (CAN), effective June 1.

CAN, the largest association of neuroscientists in Canada, brings together more than 1,000 researchers from institutions across the country dedicated to advancing brain research and ensuring that Canada remains a leader in neuroscience research and innovation.

“In the past three years the Canadian Association for Neuroscience has developed a strong program to advocate for increased government funding for biomedical research,” notes Dr. Bourque. “Federal support of the tri councils (CIHR, NSERC and SSHRC) has steadily declined during the past 15 years and now lags behind most G7 countries as a percentage of GDP.”

Dr. Bourque obtained a Certificate in Biophysics from the Marine Biological Laboratory in the United States in 1984 and a PhD in Physiology from McGill in 1985. Following post-doctoral training in Pharmacology at the School of Pharmacy of University College London in the United Kingdom, he was recruited to McGill’s Centre for Research in Neuroscience. His lab is located at the Montreal General Hospital, where he and his team study how the brain’s master circadian clock regulates body fluid balance and body temperature.

Dr. Bourque’s work has been recognized throughout his career, including with the Medical Research Council of Canada’s Scholarship, Scientist and Senior Scientist awards, as well as a Senior Investigator award from the Canadian Institutes of Health Research. He has received the Joseph Erlanger Distinguished Lecturer Award from the American Physiological Society, the Jacques Benoit Lectureship from the Société de Neuroendocrinologie (France), the Stevenson Lectureship from Western University (Ontario) and a Distinguished Lectureship from the University of Saskatchewan. Dr. Bourque was inducted as a Fellow of the Royal Society of Canada in 2016 and of the Canadian Academy of Health Sciences in 2019.

“Taking the helm of CAN in the middle of the COVID-19 pandemic has brought on many new challenges, such as dealing with the fate of our annual meeting,” says Dr. Bourque. “Nonetheless CAN’s mission to promote fundamental Neuroscience research is now more important than ever, as the pandemic has revealed the importance of having a strong and internationally competitive national research base. Studies are also showing that COVID-19 can have complex and protracted effects on the brain, so increased research in this area is now vital. One of my main roles as CAN president will be to advocate for increased governmental support of fundamental research.”