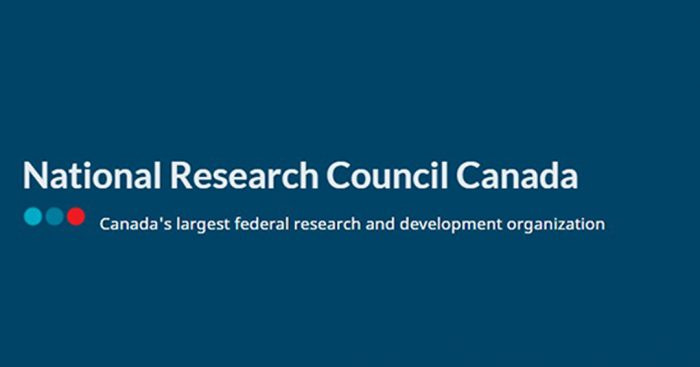 “If we’re going to fight the COVID-19 pandemic,” says Luke Masson, “we need data about who has it.”

If there’s one thing that the global coronavirus outbreak has shown us, it’s that to develop effective solutions, we need a good understanding of the problem itself. As we’ve seen, the current pandemic has had enormous global impacts and presented a vast array of challenges for a range of experts, be it health, social sciences, mental health, finance or economics. But it is scientists who are now at the forefront of the battle— indeed, the word science comes from the Latin scientia, meaning knowledge. If we want our lives to return to some semblance of normalcy, it is scientific knowledge that will ultimately show us the way.

Dr. Luke Masson is a researcher at the National Research Council of Canada (NRC), where he’s a team leader for the NRC’s Human Health Therapeutics Research Centre. When looking at Canada’s COVID-19 testing capacity, he quickly realized we had a problem.

“It became apparent that Canada relies on importing most of the key chemicals and enzymes needed for testing during a pandemic,” he says.

The current so-called gold standard in testing for COVID-19 is done through a process called reverse transcription–quantitative polymerase chain reaction, or RT‑qPCR for short. Most RT‑qPCR testing kits, including most of their individual components, are manufactured by multinational companies. In the context of a global pandemic where all countries are looking for these materials at the same time, guaranteeing the supply chain becomes an issue, which in turn can affect testing throughput.

Through a collaboration with McGill University and support from the NRC Pandemic Response Challenge program, NRC scientists are working together to be part of the solution.

“Our collaborators at McGill and my team here at the NRC wanted to make sure that Canada would have enough testing capacity,” says Masson. “For this to work, we knew that every single component needed to be made in Canada. Based on the situation with the current outbreak and previous experiences with SARS and MERS, we know that it’s essential that we be prepared.”

Collaborating for a made‑in‑Canada approach

“Decisions about who and when to test in Canada should be driven by strong science and public health policy,” says Dr. van Meyel, “not by limitations in the number of tests available.”

Thanks to funding from the McGill Interdisciplinary Initiative in Infection and Immunity (MI4), supported by the McGill University Health Centre (MUHC) Foundation, as well as funding from McGill’s Faculty of Science, the project was successfully launched in March.

Not long afterwards, a partnership with Dr. Masson’s team at the NRC was initiated, with crucial funding provided by Innovation, Science, and Economic Development Canada (ISED).

At the moment, the National Microbiology Lab (NML) at the Public Health Agency of Canada (PHAC) is overseeing a broader Government of Canada effort to secure the supply chain for several key components used in molecular diagnostic procedures for COVID-19.

From an NRC perspective, these efforts are being led by Claude Larose, Business Advisor for the NRC’s Medical Devices Research Centre.

“The NRC plays a vital role in mobilizing resources from other governmental organizations, such PHAC and ISED, but also from industry and academia,” explains Larose. “We solve problems and, when it’s needed, we develop new solutions.”

That was the case with molecular testing in Canada, where virtually all components used in testing kits are currently being imported from other countries.

“To create these testing kits we need a variety of components, such as plastics, chemical reagents and buffers, enzymatic reagents, and magnetic beads,” says Larose. “For me, it’s really about transforming the Canadian supply chain to better reinforce our capacity to produce testing kits in Canada.”

By reinforcing the science ecosystem in Canada for the production of testing kits, the NRC is by extension also helping to support economic benefits, which could lead to more Canadian jobs in addition to improved public health.

In general terms, there are 3 steps to molecular testing for COVID-19: sampling, extraction, and amplification.

The magnetic beads used for COVID-19 testing are made of metal and glass silica. Based on the distinct RNA sequence of the SARS‑CoV‑2 virus, the glass silica is designed to attract specific RNA nucleotides. This silica is fused with magnetized metallic beads, which allow the testing machine to draw the target RNA away for amplification and detection.

COVID-19 Challenge: Magnetic reagents for detection of COVID-19 and other RNA based molecular diagnostic kits

The power of four

In order to achieve the vital step of RNA detection, a mix of various elements is needed, including things like nucleotides, primers, and nucleic acid reagents. But the most critical elements are 4 separate protein enzymes, which McGill University needed to produce in greater quantities. These 4 enzymes are what stimulate the reactions that are essential in analyzing RNA samples, including allowing viral RNA to be converted to DNA and then amplified for detection.

Two of these 4 enzymes are relatively easy to produce— it is the other 2 that require more specialized capacity. In particular, the enzyme that induces the reverse transcription process must be produced using very specialized processes. During initial lab work, production yields of these 2 proteins were too low for manufacturing in the quantities required for mass testing. Fortunately, the team at the NRC has a lot of expertise and plenty of experience in the manufacturing of microbial vectors for protein expression.

“At the NRC we’ve developed tools and methods to increase expression of the 4 proteins needed for testing,” says Masson. “By increasing yields we’ve improved the production process to enable efficient, lower‑cost, large‑scale biomanufacturing. With our colleagues at McGill University, we’re now getting to the point where we’re able to produce good, clean functional material.”

Most importantly, as a result of the NRC’s collaboration with McGill, Canada will now be in control of its own testing supply chain, thus reducing our dependence on other countries during a pandemic.

All hands on deck

“Something that’s really impressed me over the course of this pandemic is the degree to which people have come together to contribute to solutions,” says Masson.

Physical distancing protocols at the NRC’s Royalmount facility in Montreal are in full effect in the labs where work is being carried out. But even so, there may still be risks involved for the researchers when compared with just staying home. That’s why 2 teams were assembled, on a voluntary basis. One is responsible for advancing project aims, while the other is on standby and ready to step in should the first need to be sent home. This collaborative and highly coordinated approach has allowed the researchers involved to accomplish significant outcomes on massively accelerated timelines.

“Everyone really understands what we’re facing,” says Masson. “Despite incredibly long hours, people on my team have refused to stop working. They tell me, ‘we want to be working. We want to be contributing to finding solutions.’ Their dedication and commitment to tackle this pandemic continues to amaze me. By working together, we’ll get through this.”

A new understanding of the neurobiology of impulsivity