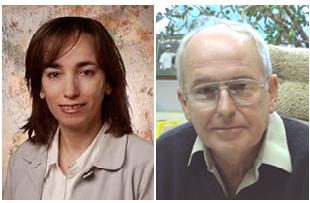 This new commemorative medal was created to mark the 2012 celebrations of the 60th anniversary of Her Majesty Queen Elizabeth II’s accession to the Throne as Queen of Canada. The Queen Elizabeth II Diamond Jubilee Medal is a tangible way for Canada to honour Her Majesty for her service to this country.

Professor Nekka’s research is primarily in pharmacometrics; a field which interprets and describes pharmacology in a quantitative fashion. By developing appropriate metrics, pharmacometrics provides quantitative foundations for pharmacology. Professor Mackey’s research focuses on the mathematical modeling of physiological processes at the cellular and molecular level. Recent work has emphasized on the periodic hematological diseases (such as cyclical neutropenia, cyclical thrombocytopenia, and periodic leukemia) and control of bacterial operons.