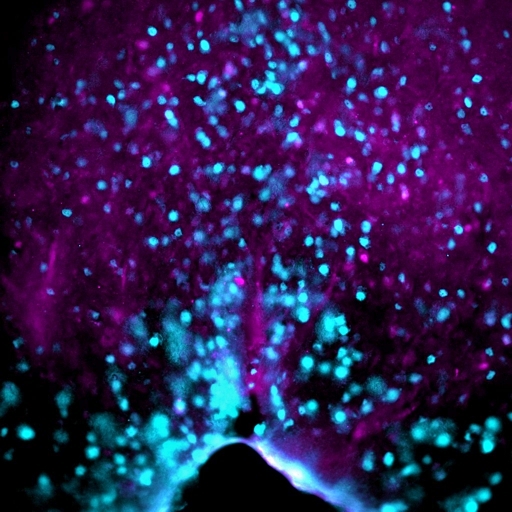 The brain’s biological clock stimulates thirst in the hours before sleep, according to a study published in the journal Nature by McGill University researchers.

The finding — along with the discovery of the molecular process behind it — provides the first insight into how the clock regulates a physiological function. And while the research was conducted in mice, “the findings could point the way toward drugs that target receptors implicated in problems that people experience from shift work or jet lag,” says the study’s senior author, Charles Bourque, a professor in McGill’s Department of Neurology and scientist at the Brain Repair and Integrative Neuroscience Program at the Research Institute of the McGill University Health Centre.

Scientists knew that rodents show a surge in water intake during the last two hours before sleep. The study by Bourque’s group revealed that this behavior is not motivated by any physiological reason, such as dehydration. So if they don’t need to drink water, why do they?

The McGill team, which included lead author and Ph.D. student Claire Gizowski, found that restricting the access of mice to water during the surge period resulted in significant dehydration towards the end of the sleep cycle. So the increase in water intake before sleep is a preemptive strike that guards against dehydration and serves to keep the animal healthy and properly hydrated.

Then the researchers looked for the mechanism that sets this thirst response in motion. It’s well established that the brain harbors a hydration sensor with thirst neurons in that sensor organ. So they wondered if the SCN, the brain region that regulates circadian cycles – a.k.a. the biological clock – could be communicating with the thirst neurons.

The team suspected that vasopressin, a neuropeptide produced by the SCN, might play a critical role. To confirm that, they used so-called “sniffer cells” designed to fluoresce in the presence of vasopressin. When they applied these cells to rodent brain tissue and then electrically stimulated the SCN, Bourque says, “We saw a big increase in the output of the sniffer cells, indicating that vasopressin is being released in that area as a result of stimulating the clock.”

“Although this study was performed in rodents, it points toward an explanation as to why we often experience thirst and ingest liquids such as water or milk before bedtime,” Bourque says. “More importantly, this advance in our understanding of how the clock executes a circadian rhythm has applications in situations such as jet lag and shift work. All our organs follow a circadian rhythm, which helps optimize how they function. Shift work forces people out of their natural rhythms, which can have repercussions on health. Knowing how the clock works gives us more potential to actually do something about it.”

This research was supported by the Canadian Institutes of Health Research and the Fonds de Recherche du Québec – Santé.