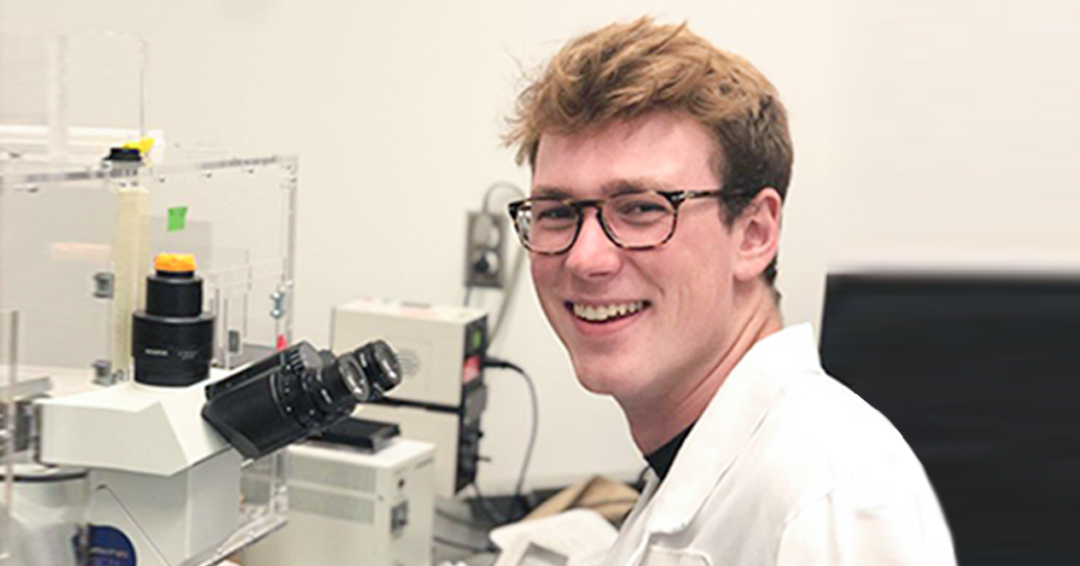 To honour Rare Disease Day on February 28, an RI-MUHC research trainee shares the perspective he gained as a patient

Alexandre Grant was on the competitive swimming circuit when unexpectedly, at age 20, he was diagnosed with a rare and debilitating autoimmune disorder. The first-year undergraduate at McGill University was admitted to the Montreal Neurological Institute-Hospital (The Neuro) for treatment, next door to the building where he had been attending classes as a microbiology and immunology student. Grant was diagnosed with Guillain-Barré syndrome (GBS), a disorder that rapidly led him to become paralyzed. After weeks in the hospital, Grant was grateful for the intravenous immunoglobulin (IVIg) treatment that eventually stopped his immune system from attacking his nerves and allowed him to rebuild his life.

Now a master’s student at McGill and a trainee in the Translational Research in Respiratory Diseases Program at the Research Institute of the McGill University Health Centre (RI-MUHC), Grant brings an insider’s perspective to a research laboratory focused on the immune system. Since recovering, he has also devoted himself to helping other patients affected by neurological conditions as a director of the Friends of the Neuro Foundation. He also serves as Quebec director of the GBS/CIDP Foundation of Canada, where he supports and advocates for patients and their families as they navigate their diagnosis with rare neurological disorders.

In an interview, Grant explains how he has been able to “bring sense to an apparently senseless experience” – having one’s life interrupted by a rare disease.

“One of the greatest challenges of living with a rare disease is going through it alone.”

Q: Five years later, how has your experience with GBS diagnosis and recovery changed you?

Alexandre Grant (AG): GBS has changed me in every imaginable way, and I think that’s something that most people who are diagnosed with a rare disease can agree on. It’s changed my outlook and what I value in all the spheres of my life. Having lived through a rare disease has given me this unique perspective, and I feel fortunate to have been able to put it to good use through community service, advocacy and research. Using my experience to help others has helped me feel that – at least – the suffering I went through wasn’t all for nothing. It’s helped me make sense of my experience.

Q: As a research trainee in the lab of RI-MUHC scientist Maziar Divangahi, PhD, how does your work relate to your experience with GBS?

AG: I was studying microbiology and immunology before I was diagnosed with GBS, so I already had an interest in this field. After I recovered, I discovered that there are a lot of things we don’t understand about GBS, and about rare diseases in general. Answering fundamental questions about our immune system is what drew me to pursue the basic research I do now. If we can gain a better understanding of our immune system, then we can prevent and treat disease, and ultimately, that means alleviating human suffering. That’s what motivates me the most.

Q: How did community service become a priority for you?

AG: I think that one of the greatest challenges of living with a rare disease is going through it alone. For example, GBS affects approximately one to two people per 100,000, and it took me three years to meet someone who also had GBS. I can’t describe what a relief it was to talk to someone who really understands what I went through. That’s why I take pride in the work that the GBS/CIDP Foundation of Canada is doing. We want to ensure that patients and families affected by rare neurological diseases like GBS aren’t going through it alone. At the same time, building this community has allowed us to become strong advocates for our patients and families across Canada.

Q: What would you tell someone who asks why Rare Disease Day is important?

AG: In the rare disease community, there’s this idea that individually we are rare, but together we are strong. Thousands of rare diseases, taken together, affect a significant portion of the population. Living with a rare disease comes with enormous challenges, particularly when it comes to accessing diagnostics and treatments. I feel immensely fortunate to have recovered as well as I have, and that’s largely because I was diagnosed quickly and received effective treatments. But that’s not always the case. Living with a rare disease means having difficulty being diagnosed, with some people going weeks, months, or even years without a diagnosis. And that doesn’t guarantee that an effective treatment or cure exists, or that a patient can access therapies and support easily. That’s only scratching the surface of the unique challenges that exist for people living with rare diseases. Rare Disease Day is essential if we want to raise awareness about the urgent need for rare disease research and better care for those affected by these conditions.

Learn more: Alexandre Grant’s TEDxMcGill Talk, “How I found my way in the dark” 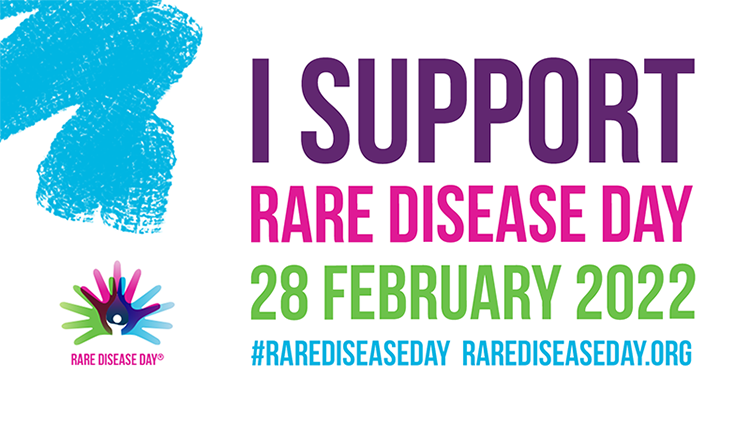