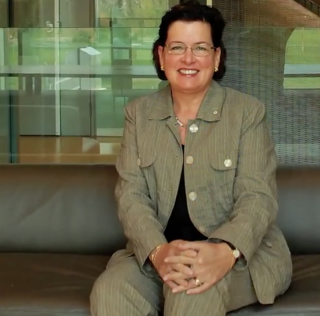 McGill University Professor Bartha Knoppers, a global leader in the study of legal, social and ethical issues related to biomedical research in human genetics and genomics, has been awarded the 2019 Henry G. Friesen International Prize in Health Research by the Friends of Canadian Institutes of Health Research (FCIHR),.

Dr. Knoppers is “one of the most prolific and innovative health policy researchers in Canada and beyond,” FCHIR said in announcing the award. “She has been a leader in the interface of ethics and law, as applied to health research policy, stem cell research, human gene editing, biobanking and global data sharing. Bartha is also a brilliant science communicator and public figure, who gives generously of her time for social good.”

Dr. Knoppers is Professor of Medicine, Department of Human Genetics, with appointments in Law and Biomedical Ethics at McGill and is also Director, Centre of Genomics and Policy at McGill and Canada Research Chair in Law and Medicine.

“McGill is immeasurably proud of Dr. Bartha Knoppers, a researcher whose work exemplifies Dr. Henry Friesen’s imaginative leadership and his commitment to the public through health research. As the first to receive the Friesen Prize for McGill, Dr. Knoppers’s ongoing leadership in the ethical aspects of human genetics and genomics research is inspiring to us all and will continue to make an impact in the years to come.” -Martha Crago, Vice-Principal, Research and Innovation

Her work has appeared in 38 books, 465 articles and over 100 book chapters and her research is published in the most prestigious journals. Dr. Knoppers has received many high level honours including Officer of the Order of Canada (2002), Officer of Order of Quebec (2012), Commander of the Order of Montreal in 2017 and 4 Honorary Degrees in Law and Medicine. She is a Fellow of the Canadian Academy of Health Sciences, the Royal Society of Canada and the American Association for the Advancement of Science.

The Henry G. Friesen International Prize in Health Research, established in 2005 by the Friends of Canadian Institutes of Health Research (FCIHR), recognizes exceptional innovation by a visionary health leader of international stature. The $35,000 Friesen Prize is awarded annually. Dr. Bartha Knoppers will deliver a public lecture in September 2019 and will also visit a number of Canadian universities and institutes in the following year.