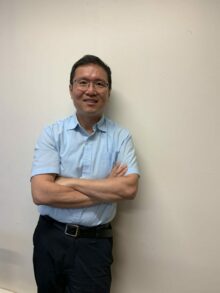 Depression can be associated with behaviours such as social avoidance, that is, the refusal to interact with others for fear of being judged or criticized. Physicians and other mental health workers have noted that patients with depressive disorders exhibit cognitive symptoms, especially with regard to memory.

In a study published this week in the Journal for Neuroscience, a team of scientists from McGill University working under Dr. Tak Pan Wong – Professor at the McGill Department of Psychiatry and researcher at the Douglas Research Centre – showed, by exposing mice to social stress, that neuronal memory of stressful experiences can be explained by the presence of a memory trace on a specific area of the brain: the hippocampus.

Hippocampal memory trace could explain the cognitive symptoms often observed in depression. The hippocampus – which plays a central role in memory and spatial navigation – is thought to record memories of negative events, leading to the coordinated activation of a network of neurons known as an engram. In susceptible mice, repeated exposure to social stress led to the overactivation of certain hippocampal engrams and the development of depressive behaviours. The authors also verified whether social avoidance behaviours could be influenced by altering memory traces. They found that engram activation resulted in increased avoidance behaviours, while deactivation reduced these behaviours.

“Although individual response to social stress is highly variable, the discovery of this mechanism in mice opens a new area of research for the treatment of depression in humans,” explains Dr. Wong.

This finding, recognized by the prestigious Society for Neuroscience for its innovative character and potential, paves the way to a better understanding of the cellular mechanisms involved in the cognitive symptoms related to depression.

This research was supported by grants from the Canadian Institutes of Health Research (CIHR) and the Natural Sciences and Engineering Research Council of Canada (NSERC).

The article “Negative memory engrams in the hippocampus enhance the susceptibility to chronic social defeat stress” was published in the Journal for Neuroscience on August 12, 2019.