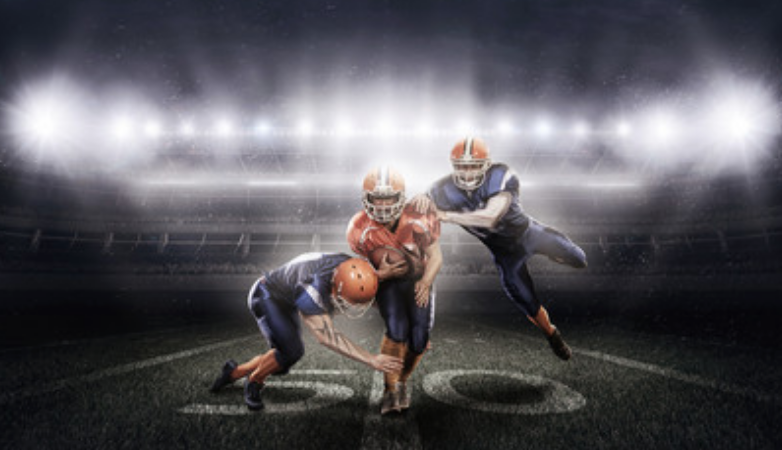 McGill University is participating in a new research project titled Tête première (head first), led by the team of neuropsychologist Dr. Louis De Beaumont, a researcher at the CIUSSS du Nord-de-l’Île-de-Montréal research centre and a professor in the Department of Surgery at Université de Montréal. The project will assess the brain’s capacities to sustain blows to the head during a full university football season. To conduct the study, the team has enlisted 38 football players from the McGill University football team, the Carabins of Université de Montréal and the Concordia University Stingers to participate in the study from the outset of the new football season.

“We have been conducting research on sport-related concussions in our athletes at McGill for over 20 years. We were some of the first researchers to study how often concussion were really occurring in athletes and how these concussions were happening,” notes Dr. J. Scott Delaney, Associate Professor in the Department of Emergency Medicine at McGill’s Faculty of Medicine, team physician for the McGill football team and a co-investigator in the study. “We are excited to participate in this collaborative research project.  We are hoping to help answer the important question of how the brain reacts and recovers following subconcussive impacts.  As with all of our research projects, the coaches, players and therapists have been very cooperative in helping us undertake this important study. Without their support and trust, none of our research would be possible.”

“It’s exciting that our McGill community is involved in this study as we care about the health of our student-athletes before, during and after their athletic career here at McGill,” adds Julie Gardiner, Head Physiotherapist and McGill Sports Medicine Clinic Manager. “We have an extensive program overseen by a highly qualified sports medicine team, which involves pre-season baseline interventions, post-injury monitoring programs and objective tools so our student-athletes can return to play safely. This is an extremely interesting research project that will possibly give us a lot of additional insight on post-injury internal changes and those related post-impact.”

The student-athletes participating in the study will wear telemetry sensors implanted in their helmets during two consecutive football games in order to document the number of blows to the head received. Each player will also undergo a total of seven medical imaging examinations slated for before, during and after the football season. The research team will thus be able to study in detail the potential association between the sum of the forces impacting the players’ heads and the physiological integrity of their brains.

Dr. De Beaumont notes that, “The findings of this study will potentially have significant societal benefits and broad scientific scope that will help reduce the health risks to the brains of football players. The new knowledge acquired could lead to the development of new sports equipment that is better adjusted to the brain’s vulnerabilities.”

“I am proud to be able to contribute to such research for the advancement of my sport as it will allow the researchers to present their results, which will help further reduce the risks of head injuries of football players,” says Jean-Philippe Hudon, student-athlete studying in Kinesiology and a defensive back for the McGill football team. “I also think that the research results will most certainly help to develop more efficient helmets.”

The only one of its kind in Canada, this research project will document the changes brought about in the brain during an entire football season and will assess the brain’s recovery outside the regular playing season.

This research project is made possible thanks to funding from both the Audace Program of the Fonds de recherche du Québec (FRQ) and the Fondation Caroline Durand en traumatologie aigüe Research Chair of Université de Montréal.
With source files from the CIUSSS du Nord-de-l’Île-de-Montréal