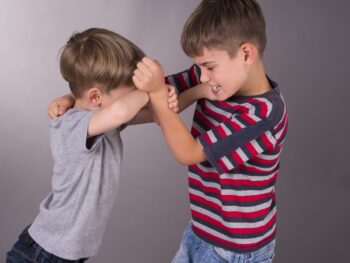 Youth violence undermines social and economic development, especially in the poorest corners of the world, according to research from McGill University. However, increased government spending on education may be the key to facilitate policy efforts to protect youth.

Using data from two international school-based surveys, the Health Behaviour in School-aged Children and Global School-based Health Survey, Frank Elgar, a professor at the Institute for Health and Social Policy (IHSP) at McGill University reports on rates of bullying and physical fighting in 79 countries in The Journal of Adolescent Health. The study focused on bullying victimisation (repeated physical or verbal aggression, involving a power imbalance between victim and aggressor)  during the previous two months and frequent physical fighting (4+ episodes) in the previous year) in over 330,000 youths 11- to 16-years-old.

Elgar and colleagues linked these records to information about the countries’ per capita income, income inequality, and government spending on education.

“Bullying and physical fighting are far more prevalent in poorer countries”, says Elgar, “However, we found that in wealthy but unequal countries, physical fighting may be reduced through greater government investment in education.” 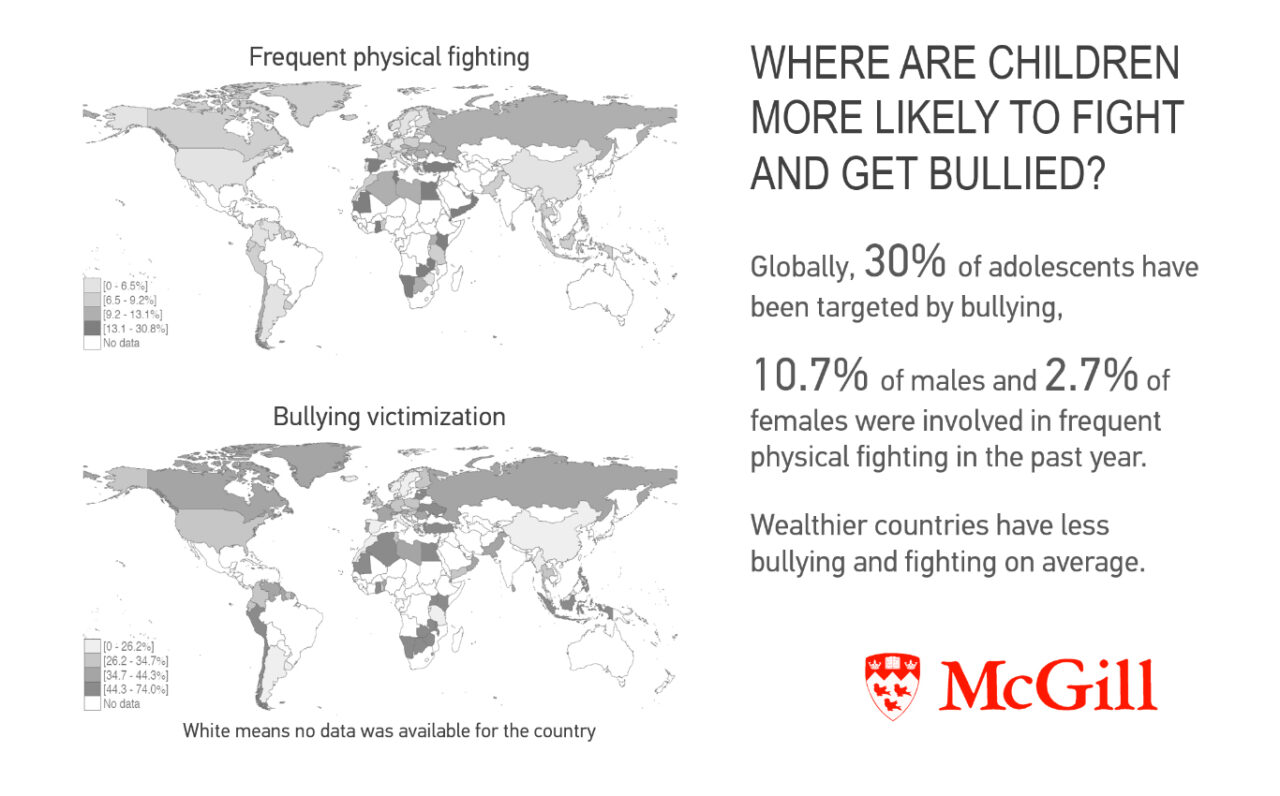 Higher rates of bullying in Canada

“Structural determinants of youth bullying and fighting in 79 countries” by Frank Elgar et al. is published in the Journal of Adolescent Health:http://www.sciencedirect.com/science/article/pii/S1054139X15003298