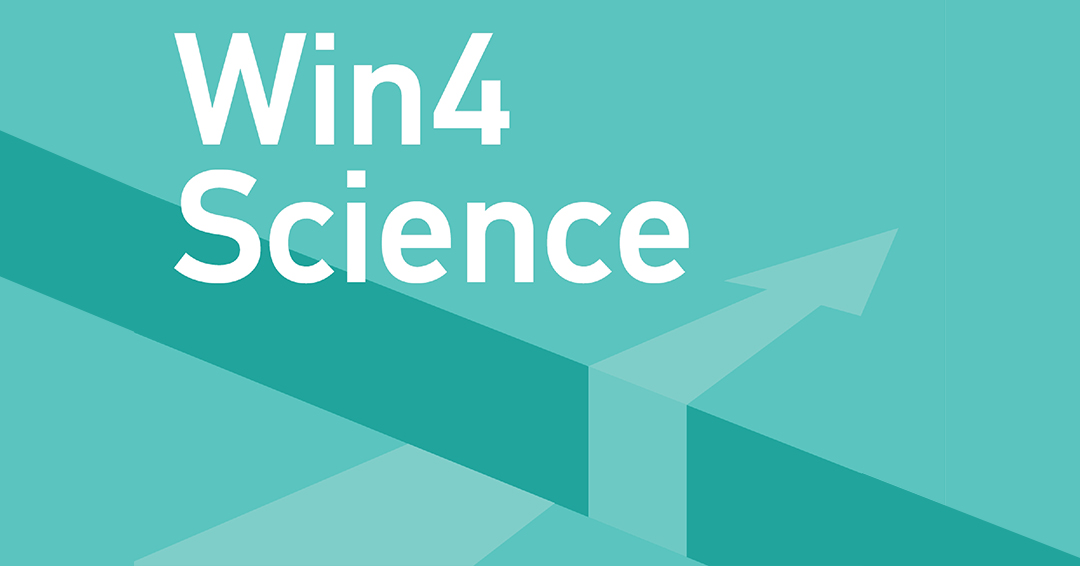 While women represent a little over 50 per cent of the Canadian population, their representation in natural and applied sciences and related occupations is only 23.5 per cent1. This significant gap is being addressed at various levels of government and within organizations such as the Canadian Institutes of Health Research. It’s also a key issue at many Canadian universities, and McGill’s Win4Science, an initiative to educate and raise awareness about the barriers women face in academia, is making great strides in improving the opportunities for women in science.

Lisa Münter, PhD, from the Department of Pharmacology and Therapeutics at McGill is behind the Win4Science initiative. The “Win” is short for “Women’s Initiative”, and Prof. Münter and Bobbi Bidochka, who at the time was a Research Officer in the Department, came up with the idea in 2016. “Bobbi and I started reading the literature on women in the life sciences and STEM, and as we learned and read more, we really thought we had to create an initiative or do something to support women at McGill,” says Prof. Münter. “We decided since we had to educate ourselves on the issues, we should have a seminar series to educate everyone else on the issues too.”

Win4Science kicked off with a seminar series in 2017, which brought to light some common concerns. Prof. Münter explains that for women in the life sciences, the first issue that’s often brought up is child care, and the decisions surrounding career advancement while starting a family. But this is only one part of the equation. “There are much more subtle and not-so-subtle things going on like unconscious or maybe ‘not-so-unconscious’ bias, imposter syndrome, how we evaluate CVs, and how awards and funding are distributed,” she says.

Win4Science took a major step forward in 2018 when it held a half-day Health Forum at the Faculty Club. Nearly 90 women and men including professors and students from all levels took part, and the presentations and round-table discussions allowed the organizers to establish the most pressing needs for women at McGill. “One thing that came out of the forum was the issue of mentorship, and the importance of being mentored by female role models,” says Prof. Münter. In response, Win4Science launched its Mentoring Program, pioneered by Anne-Sophie Pépin who then passed the torch to Jasmine Phénix in 2021. Now in its fourth year, the program has grown substantially to include 91 mentees and 26 faculty mentors this year. “We do the mentorship in groups,” says Prof. Münter, “so there are three or four Masters, PhD, or post-doc students and research associates working with one mentor over the course of a year.”

Prof. Münter emphasizes that Win4Science has grown in many ways because of the ideas that students and faculty have brought forward. For example, PhD student Morgan Foret along with MSc student Lucia Wang recently initiated the Win4Science Spotlight Series of articles highlighting women researchers at McGill. MSc student Alyson Jiang and three other students, Sofia Paoli, Emma Paulus, and Elaine Xing, are preparing applications for fundraising to support students with significant caregiving responsibilities who need to travel and attend conferences. Masha Prager-Khoutorsky, PhD, is running Win2Lead, a program for female professors, and Maureen McKeague, PhD, together with Lucia Wang, created a tool kit for other departments seeking information on addressing gender equity.

Win4Science continues to attract interest from across McGill and is steadily growing. “To date, we’ve had participation from more than 20 departments,” says Prof. Münter. She emphasizes that one of the important things about Win4Science is that it has created something concrete and tangible. “I think to create a discussion space where women can raise concerns or discuss ways that could help overcome an issue – this is the real advantage of Win4Science.”