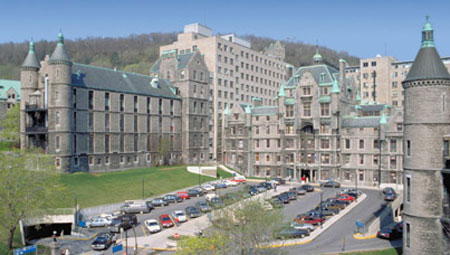 With the recent announcement that the Quebec government will share with McGill the cost of feasibility studies into the future of the now-vacant Royal Victoria Hospital site, Principal Suzanne Fortier has created a Principal’s Task Force on the Academic Vision and Mission of the RVH Site.

The Task Force, made of up senior administrators, academics, students and staff, will meet six times this fall with a mandate to report its findings and submit draft recommendations by Spring of 2016.

The Task Force is charged with addressing these questions:

In 2014, McGill unveiled a vision of what a revamped Vic would look like but it was focused more on the physical shape and spaces available, including adding green space, better access to Mount Royal and the preservation of heritage buildings, some of which are more than 120 years old.

The Task Force is considering what would go in the revamped site, and how the RVH site could help McGill cope with a severe space deficit.

Given its reporting deadline of Spring 2016, the Task Force will report ahead of the feasibility studies, which are expected to be complete in about 18 months.

An important part of the Task Force’s work will include incorporating feedback from the McGill community. Everyone is encouraged to submit ideas concerning the academic vision of the project. They should also note that the decision as to whether McGill should take ownership of the property lies outside the scope of the Task Force.