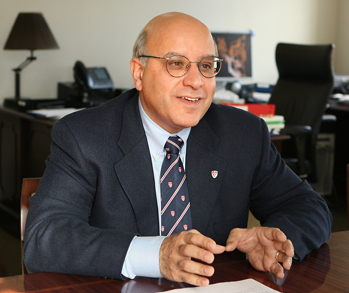 First, let me thank everyone who has helped limit spending over the last two and half months as we address the $20 million shortfall in government support this year, especially those who also submitted suggestions to budgetideas@mcgill.ca. We have so far received more than 150 suggestions for generating new revenues and/or reducing our operating expenses.  I read all of the submissions received to date and am impressed with the careful thought and creativity that has gone into them. The address remains active and I encourage you to continue to send in your ideas. I will be sure to include them in our budget discussions for FY2016 which are ongoing.

Review of our current situation

At the town hall meetings last October, Michael Di Grappa (Vice-Principal, Administration and Finance) and I announced a plan to address the unexpected, mid-year reduction in government funding that included the following spending restrictions:

As we indicated last Fall, these measures were initially to remain in effect until 16 January, with the possibility of extension upon review of our financial situation in the New Year. Having now completed that review, Vice-Principal Di Grappa and I believe it is in the best interest of the University for these measures to remain in effect until the end of the fiscal year (30 April 2015). It is essential that we continue to be prudent.

The budget for FY2016 is being prepared now and will be tabled in April and may require further prolongation of these actions and/or the introduction of other measures.

The University’s annual budgets contain provisions for expenditures that will occur over multi-year periods such as salary increases, scholarships and fellowships, or interest on borrowings. So, when we proposed a budget for FY2013 to the Board of Governors, the Government of Quebec told universities to expect a certain level of funding over the following three years. Instead, as we draft the budget book for FY2016, at McGill we now expect to have some $40 million less than was assured to us three years prior. Further, all universities in Quebec are bracing for additional reductions in government support for the coming years as well.

The significant shortfall in anticipated government funding means we have to make some changes in the way we operate and in the way we plan for the future.

Despite these challenges, we remain committed to the academic mission of the University. McGill’s strategic goals, as articulated in ASAP 2012 and the Principal’s five priorities will continue to provide the foundation for decision making going forward.

Four things are shaping our preparations for Budget Book FY2016. First, we remain committed to honouring the June 2015 pay increases. Second, we must address McGill’s significant deferred maintenance problem. Third, while it remains crucial that staffing costs be kept in check, we have no plans to implement involuntary staff reductions. Fourth, we will continue to explore avenues for potential new sources of revenue that can offset the declining contributions from the government.

Thank you for your time and understanding.