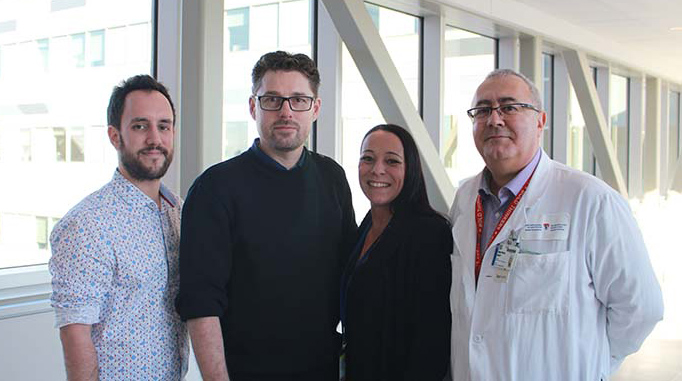 A postdoctoral fellow from the Research Institute of the McGill University Health Centre (RI-MUHC) was the only Canadian to receive an award at the 10th International AIDS Society (IAS) Conference on HIV Science in Mexico City this month. In fact, Stéphane Isnard, PhD, received two awards at the most influential conference on HIV research and its applications worldwide: the Dominique Dormont Award and Lange/van Tongeren Prize for Young Investigators at IAS 2019. Both recognize his research on gut permeability in human immunodeficiency virus (HIV), supervised by Dr. Jean-Pierre Routy.

The former award, funded by the Dominique Dormont Association, supports young researchers working on chronic conditions with a particular focus on the interface between HIV and other chronic diseases. The prize recognizes Stéphane Isnard’s originality, rationale, quality, and his multidisciplinary and integrative approach in the field of HIV and AIDS research. The Lange/van Tongeren Prize for Young Investigators was presented for his top-scoring abstract in the Basic Science track, titled “Relevance of Reg3α and I-FABP on microbial translocation, inflammation and reservoir size in people living with HIV.”

Honorees take the stage in Mexico City this week in recognition of their contributions to this important field of health research.