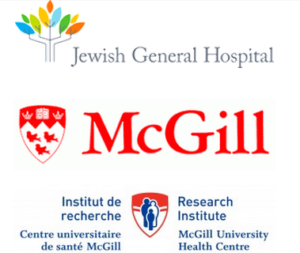 A multi-disciplinary team led by the Research Institute of the McGill University Health Centre (RI MUHC), in collaboration with the Lady Davis Institute of the Jewish General Hospital and the University of Montreal Hospital Research Centre, has identified genetic patterns in ovarian cancer tumours that help to differentiate patients based on the length of their survival after initial surgery. The study was published in the journal PLOS ONE.

“We discovered genetic differences in the tumours from ovarian cancer patients that relate to their short-term and overall response to standard treatment,” explained Dr. Patricia Tonin, the study’s lead author and a cancer researcher at the RI MUHC and Associate Professor of the Department of Medicine at McGill University. “Using these genetic ‘tools’ to examine the tumours removed in the initial surgery, we may be able to offer alternative therapeutic options to women to improve their outcome.”

Each year 2,000 new cases of ovarian cancer are reported in Canada, and in 75 per cent of these cases the women die less than five years after their diagnosis. This study focused on the genetic analysis of high grade serous ovarian carcinomas (HGSC) in women from Quebec – the deadliest type of ovarian cancer which accounts for 90 per cent of deaths.

Almost all women with HGSC have mutations in the gene TP53, which is responsible for making the p53 protein. This gene is known as the “guardian of the genome” because of its

role in regulating cell division and thus preventing cancer. Scientists already knew there were two different types of tumours, some with TP53 mutations that produce a mutant p53 protein and others without.

By uncovering the existence of genetic differences between the two types of HGSCs, the study reinforces the idea that there are biological differences in these cancers that can be related to the nature of the TP53 mutation and differences in genetic markers. The research team also confirmed that patient survival was longer in cases with the mutant p53 protein, compared to those that without the mutant protein.

“Biology is showing us which direction to take,” enthused Dr. Tonin. “This unique finding paves the way for identifying the pathways involved in cancer progression, leading to the development of alternative therapies and therefore helping to reduce morbidity and mortality in women fighting the disease”.