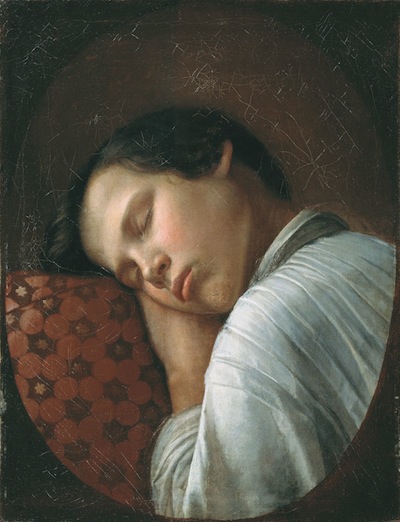 Montreal, December 14, 2011 – A team from the Research Institute of the McGill University Health Centre (RI-MUHC) and McGill University has made a major breakthrough by unraveling the inner workings of melatonin, also known as the “sleep hormone.” The research, conducted in collaboration with scientists in Italy, reveals the key role played by the melatonin receptor in the brain that promotes deep, restorative sleep. This discovery led the researchers to develop a novel drug called UCM765, which selectively activates this receptor. The results, published in The Journal of Neuroscience, may pave the way for the development of new and promising treatments for insomnia, a common public health problem that affects millions of people worldwide.

“We’ve spent many years developing medications that act selectively on a single melatonin receptor to specifically promote deep sleep, which we believe is the key to curing insomnia,” says Dr. Gabriella Gobbi, a researcher in psychiatry at the RI-MUHC and the study’s principal investigator. “Deep sleep has significant restorative effects, as well as the ability to increase memory and boost metabolism, while lowering blood pressure and slowing the heart rate.” To date most treatments for insomnia, such as benzodiazepines, have not been selective for deep sleep, and can lead to dependence and cognitive impairment.

The researchers became interested in melatonin because of its effect on cerebral activity, and its involvement in sleep, depression and anxiety. Melatonin is a critical hormone produced by the pineal gland (located in the brain) in the absence of light stimulation. This hormone, present throughout the animal kingdom, is responsible for regulating sleep and circadian rhythms.

The research team discovered that two principal melatonin receptors, known as MT1 and MT2, played opposite roles in sleep regulation. “We discovered that MT1 receptors act on rapid eye movement (REM) sleep and block non-REM sleep, while MT2 receptors favour non-REM sleep, also known as deep sleep,” explains Dr. Gobbi, who is also an associate professor of psychiatry in the Faculty of Medicine at McGill. “Specifying the role of MT2 receptors in melatonin represent a major scientific breakthrough that may designate them as a promising novel target for future treatments of insomnia. This discovery also explains the modest hypnotic effect of the over-the-counter melatonin pills, which act on both conflicting receptors.”

Using the drug called UCM765, developed in collaboration with a group of chemists, under the leadership of Professor Tarzia in Urbino and Professor Mor in Parma, Italy which selectively binds to the MT2 receptor, the researchers observed an increase in the phases of deep sleep in rats and mice. Most importantly, UCM765 acts in a brain area called the reticular thalamus, which is the main driver of deep sleep. “This new molecule, contrary to traditional treatments for insomnia, increases deep sleep without destroying the ”architecture” of sleep. In other words, it increases the duration of deep sleep while keeping the REM sleep episodes the same,” says Dr. Gobbi.

”The development of this pharmacology by means of targeting deep sleep receptors to treat insomnia represents a major advancement in our ability to deal with this common health problem that affects people worldwide,” concludes Dr. Vassilios Papadopoulos Executive Director and Chief Scientific Officer of the RI-MUHC and Associate Executive Director for Research of the MUHC.

This work was supported by grants from the Fonds de la recherche en Santé du Québec (FRSQ), by the Canadian Institutes of Health Research (CIHR), by the Canadian Foundation for Innovation (CFI), MSBi Valorisation, the McGill University Health Centre (MUHC), and the Quebec Ministry of Economic Development, Innovation and Exportation (MDEIE).