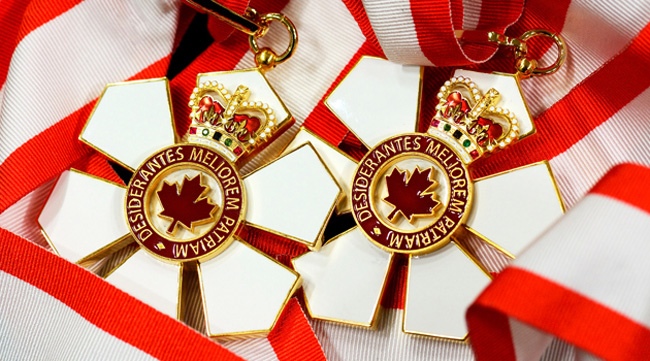 Three Faculty of Medicine members were among the thirteen members of the McGill community who got an early start to Canada Day celebrations when they were among the 113 people named to or promoted within the Order of Canada on June 30.

The McGillians include alumni, honorary degree recipients and current faculty members. The announcement was made by Governor General David Johnston (former Principal of McGill).

The Faculty of Medicine members honoured are:

The Order of Canada, one of our country’s highest civilian honours, was established in 1967 Her Majesty Queen Elizabeth II, during Canada’s centennial year, to recognize outstanding achievement, dedication to the community and service to the nation. Over the last 49 years, more than 6 500 people from all sectors of society have been invested into the Order.

Congratulations to all those honoured!

Click here to read the McGill Reporter story about all the McGillians who were named to the Order of Canada.