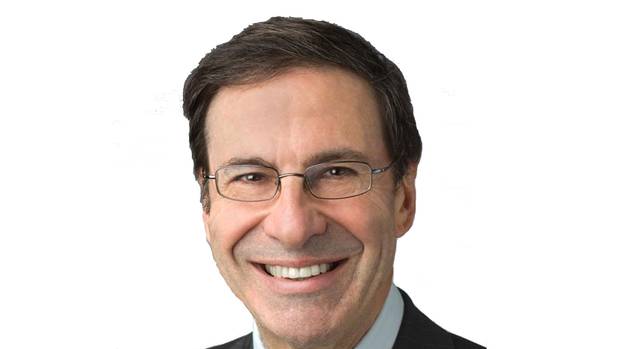 The dramatic spread of the Ebola virus in numerous countries in Western Africa over the past year has wreaked havoc throughout that region and brought panic and fear to millions of people around the world. Numerous parallels exist between people’s attitudes toward the Ebola and its victims today that remind us of attitudes that were prevalent only 25 years ago in regard to HIV. On World AIDS Day, Dec. 1, we should reflect on parallels between HIV and Ebola and what the potential impact of the Ebola crisis may be on efforts to control the spread of HIV in the countries that have been so badly affected by both of these dread viruses.

To date, more than 39 million people have died of HIV and it is estimated that 35 million individuals are currently infected with the virus. Although the number of people now estimated to be infected by Ebola is relatively small (about 13,500) there is, of course, widespread fear that Ebola transmissions may intensify. Moreover, a tragically high proportion of Ebola-infected individuals, perhaps as many as 4,500-5,000, have died of the disease. Although one health care volunteer from a developed country who contracted Ebola while working in Western Africa has died since returning home, this case is an exception and all other westerners have survived due, in large part, to the outstanding treatment that they have received at tertiary care hospitals in their home countries; this provides testimony to the far worse prognosis for Ebola in settings in which appropriate health care may not be available. It may hopefully also mean that Ebola is not as transmissible as had first been feared. This also highlights the importance of good health measures, which, of course, is true for HIV as well.

While comparisons between dread diseases are difficult, it is probably true that approximately 10 times fewer people probably die each day in Africa of Ebola compared with HIV/AIDS.

However, no one should doubt the impact that the Ebola crisis will have on HIV/AIDS in the countries in which Ebola has taken its greatest toll. In part, this is because a disproportionate percentage of those infected by Ebola have themselves been health care professionals and this cannot have other than negative consequences for the care of persons infected by other infectious diseases including HIV. The fact that the standard of HIV care in these countries has been below international standards is another negative factor, as is the understandable shift in attention to Ebola, potentially compromising such HIV control measures as HIV testing, HIV treatment and treatment as prevention, and prevention of mother to child HIV transmission.

Furthermore, access to HIV clinics in parts of western Africa may now be compromised by fear of Ebola, and consequent limitations of public transportation. Despite the fact that wealthy countries annually contribute billions of dollars toward global HIV drug purchase programs, the Ebola crisis has greatly strained the reservoirs of human resources in affected areas.

What about the parallels between HIV and Ebola in regard to public perceptions of these two viruses? Indeed, the panic that Ebola has brought to multiple centres through Western Africa, as well as to the United States and Europe following the return of Ebola-infected individuals, is reminiscent of attitudes toward HIV that were widespread 25 years ago when people of Haitian origin were discriminated against because they were thought to be at risk for HIV acquisition.

This type of stigma is now being suffered by brave individuals who have volunteered to provide care to Ebola-infected individuals in Western Africa. It brings back memories of fears in the 1980s that contact with health care professionals caring for AIDS patients or with scientists working with HIV might lead to HIV transmission. Unfortunately, groundless fears have never prevented unfounded public attitudes, and who can forget the widespread discrimination against homosexually active men when AIDS was first identified in this population in the United States.

Today, antiretroviral drugs (ARVs) provide hope to millions of HIV-infected individuals that they can have fully productive lives over indefinite periods. But this progress required many years of basic biomedical, clinical and social research before we saw dramatic improvements in the quality of the ARVs that are used in therapy. Very little comparable research has taken place with regard to Ebola virus, even though this agent had been identified before the discovery of HIV. Although some hope for Ebola drug discovery and vaccine development now exists, the fact is that research on Ebola has badly lagged, a situation that can only be remedied by providing the necessary financial support and by providing social assistance for Ebola-infected individuals and their families and caregivers. Such research in the case of HIV was essential toward mitigating problems of HIV discrimination and stigmatization as well as providing an understanding of HIV transmission.

Community engagement will also be essential, as was the case for HIV, and implementation of community awareness sessions and teaching programs will be needed if we are to achieve the behavioral and socio-cultural changes required for non-stigmatization of Ebola-exposed persons. Both the Ebola and HIV epidemics highlight the need to strengthen health care systems in resource-limited settings as well as the types of changes that will limit Ebola transmission.

In view of the fact that Ebola causes an acute disease that often leads to death rather than a chronic illness that can be transmitted over many years, it should theoretically be easier to expeditiously end the Ebola than the HIV epidemic. However, this will require that the lessons learned from HIV be applied to Ebola as quickly as possible

Hopefully new research and public health control measures will quickly lead to an end to the Ebola epidemic and point the way to even further progress in the battle against HIV.