Students from McGill’s School of Communication Sciences and Disorders (SCSD) organized a series of free voice screenings and workshops on April 1 and 2 that were held in McGill’s Education and Music buildings respectively as part of the lead up to World Voice Day.

Cassandra Groot, Larissa Der, Susan Janzen and John Yotakis, four SCSD students, formed the World Voice Day organizing committee, working under the tutelage of SCSD Professor Nicole Li and with the generous support of Dr. Isabelle Cossette from McGill’s Schulich School of Music who made her lab and office space available for the screenings.

According to Groot and Janzen, the committee was ecstatic with the turnout for this first iteration of this type of event. Spanning a combined seven hours, students were able to screen sixty-two participants over the two-day period. While a large number of the participants were singers from the music faculty, participants screened during the two days included a number of professors and administrative staff as well as students from a wide variety of disciplines including, music, library science, economics, law, education, physical therapy, nursing, psychology, and linguistics.

“We believe this was a valuable experience for both the Speech-Language Pathology students as well as for the general public,” says Groot.  “Participants asked a number of questions and were willing to give their time to wait and be screened. They were interested in learning a Speech Language Pathologist’s role in their vocal care.”

For the screenings, Speech-Language Pathology students used special computer software that  analyzes everything from a person’s pitch range and jitter (unwanted changes in pitch), to their maximum

loudness and maximum phonation time (how long the speaker can sustain a vowel sound at a comfortable pitch and loudness level on a single deep breath). Anyone falling outside the normal range was provided with contact information to a voice clinic for follow up.

Students also staffed a booth where they were able to share information about safe vocal habits and vocal hygiene. “As part of raising awareness, we wanted to provide information for professional voice users as they are at a higher risk for developing voice disorders,” says Janzen. “One way we did this was by creating two pamphlets; one for teachers and one for musicians, as well as a vocal myth pamphlet. People were eager to take the pamphlets and often asked where they could find more information, at which point we would direct them to the World Voice Day website.”

In addition to the voice screenings, World Voice Day committee members conducted a workshop titled “Vocal Function Exercises: Yoga for the Voice,” which attracted participants from a variety of backgrounds including teachers, healthcare professionals and singers.

Of particular note is the participation of the singers. “There is a culture gap between singers and speech-language pathology,” says Yotakis, who delivered the workshops along with Janzen. “Their end goal is artistic quality, while our end goal is optimizing healthy function of the voice. Because of this, we are often viewed as being a little too “medical”, and most efforts have centered around guidelines regarding vocal hygiene.”

With the resounding success of this first venture into offering voice screenings to the public, the intention is to repeat the initiative next year, perhaps on a larger scale to accommodate even more people. 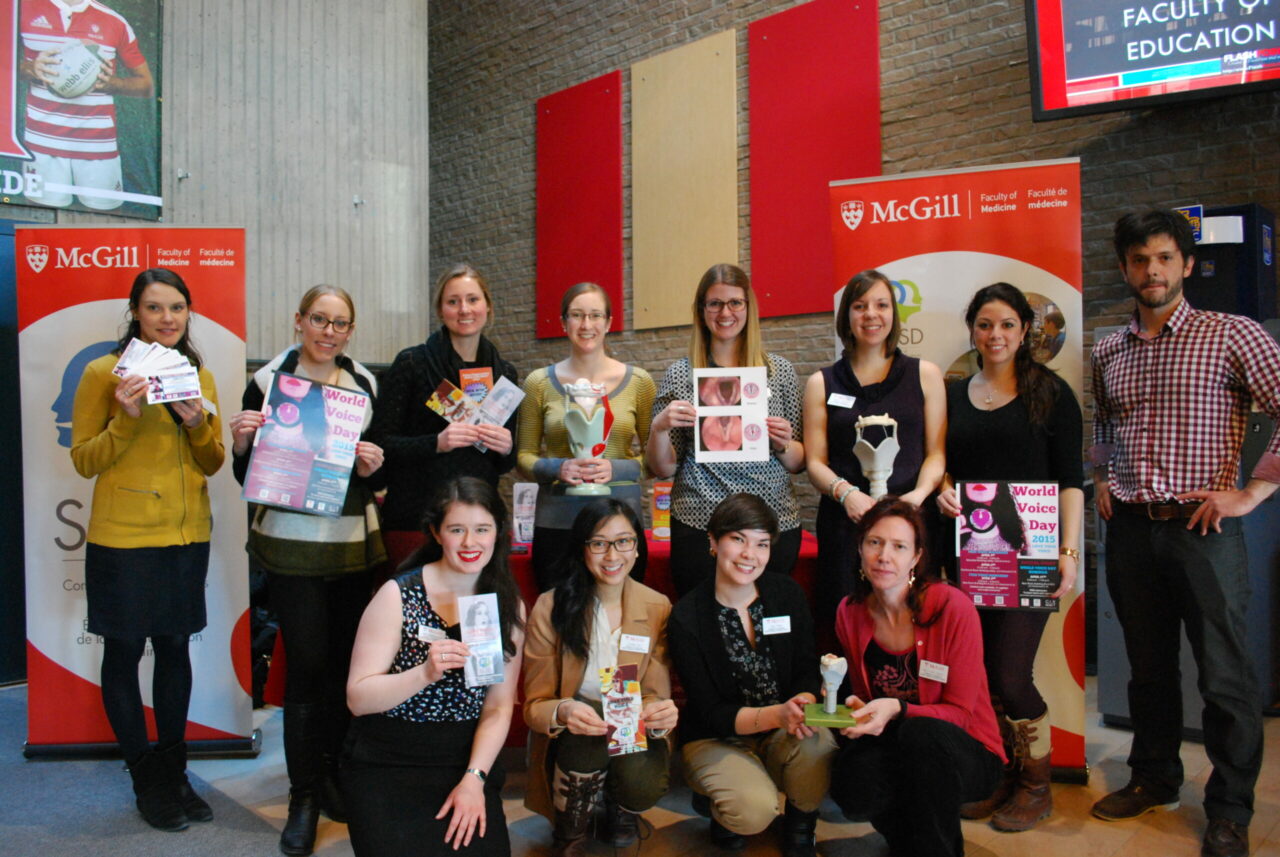