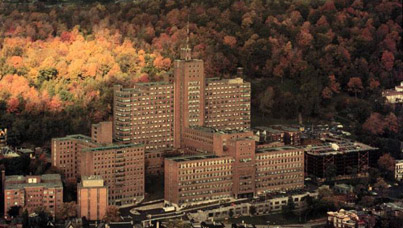 The Minister of Health and Social Services, Gaétan Barrette, today announced that the Montreal General Hospital modernization project is included in the Québec Infrastructure Plan (QIP) as a “project under study”, allowing the startup of the studies required and the production of its opportunity file.

The purpose of the project is to make the work spaces more functional and modern and meet the public’s growing needs, while complying with the most recent safety, prevention and infection control standards.  The work that will be performed will give priority to modernizing the operating rooms, the Medical Device Reprocessing Unit and the Emergency Department.  The studies will make it possible to determine the other sectors of activity that will benefit from improvements.

“The work envisioned at the Montreal General Hospital will allow consolidation of its activities downtown by offering users and staff an innovative environment, conducive to healing, on the technological cutting edge.  This initiative is consistent with our efforts of the past few years to provide Québec with clearly more modern and optimized health infrastructures to respond better to our society’s current needs.  “

“I am happy this vast project can enter its startup phase with the Government’s support. Driven by innovation and excellence, the Montreal General Hospital’s mission extends well beyond providing care. Prevention, research and teaching are also at the core of its activities.  “

– Martin Coiteux, Minister of Municipal Affairs and Land Occupancy, Minister of Public Security and Minister responsible for the Montréal region