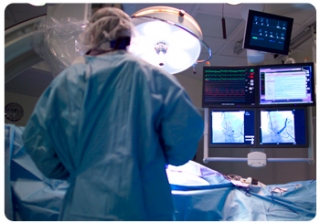 A large international study has identified a gene mutation that increases the risk of developing a common and potentially fatal condition called aortic valve disease. The work pinpoints a mutation on a gene responsible for the production of a type of cholesterol known as lipoprotein(a) or Lp(a). The lead author, Dr. George Thanassoulis of McGill University in Montreal, says the mutation is found in about 13 per cent of people of European descent. It occurs to a lesser degree in people of African-American and Hispanic ethnicity, but is barely seen in people of Chinese-American ancestry.

Thanassoulis says researchers were able to show that the mutation was the number one genetic risk factor for the disease, and that it was the circulating Lp(a) in the blood that was causing the valve disease in the people studied.

About a million people in North America suffer from aortic stenosis, which is the hardening of the valve through which blood leaves the heart.People with the condition develop shortness of breath and angina, and can go on to have heart attacks. There is currently no remedy, except surgery to replace the valve. But by the time the condition is spotted, patients are typically elderly and may be in too weak a state to undergo the operation.