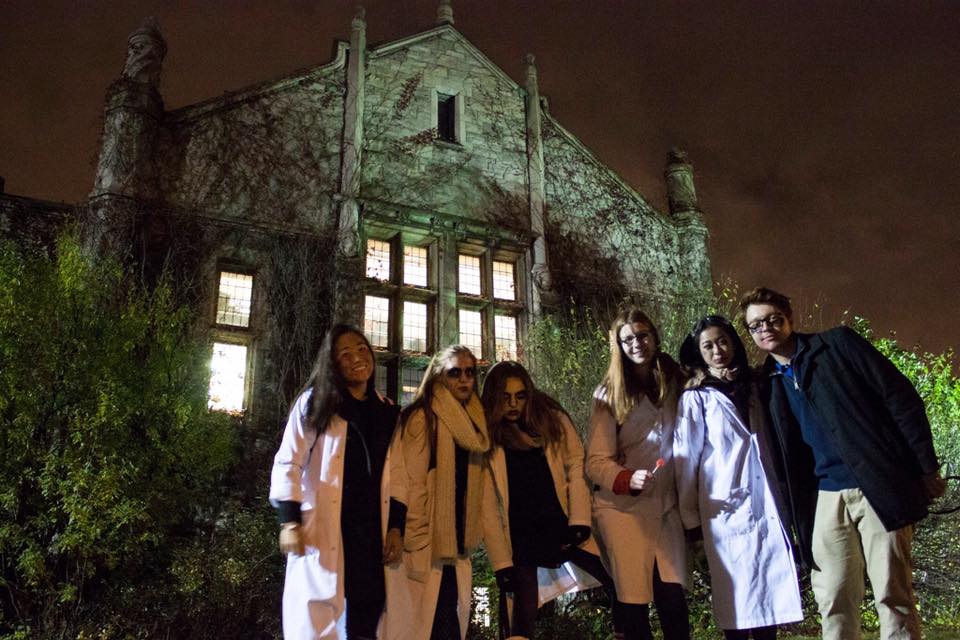 Traditionally, the evening of October 31 is a golden opportunity for children to don their various costumes and venture out door-to-door in their neighbourhoods to collect sweets.  For students in health science fields across the province of Quebec the tradition is different.

Halloween 2017 will mark the sixth edition of the “Bonbons et Bons Dons” campaign, where the streets of Sherbrooke, Saguenay, Montreal, Québec City and Trois-Rivières will be invaded by more than 300 students in medicine, nursing, physiotherapy and occupational therapy from Université de Sherbrooke, Université de Montréal, Université de Laval and McGill University, joined this year as well by CEGEP students.

In order to demystify organ donation in a fun way and to promote its merits, the students, dressed as zombies, will head out to raise awareness among their communities about the topic and encourage people to discuss organ donation with their families.

Students will also be armed with organ donation consent stickers provided by Transplant Québec, which will be distributed to those who wish to place them on the back of their health insurance card.

Through direct interaction with the population, “Bonbons et Bons Dons” aims to ultimately reduce refusals of families, considering that 40% of potential organ donations end in refusals. Organ and tissue donation from a single person could allow eight other people to stay alive while improving the quality of life for another twenty. In 2015 in Québec, 627 donated organs were transplanted to those in dire need of them, while Transplant Québec still had a waiting list of 856 people at the end of the year. Unfortunately, 40 people died while awaiting a donation.

The “Bonbons et Bons Dons” initiative began at the Université de Sherbrooke in 2012 and is now organized by the International Federation of Medical Students’ Associations-Quebec (IFMSA- Québec) Public Health Committee across the province’s faculties of medicine.

“One of the main goals of IFMSA- Québec is to make sure that being a doctor is more than a title, that it is also a social engagement,” says first-year McGill Medicine student Anudari Zorigtbaatar who is the National Officer for Public Health for IFMSA- Québec. “This goes hand-in-hand with the emphasis that the Faculty of Medicine [of McGill] puts on the role we will have to play in the society as physicians.  Our social engagement doesn’t start when we graduate; it starts today.”

In 2016, 200 student zombies distributed more than 4,000 organ donation consent stickers across the province.  The “Bonbons et Bons Dons” initiative won the Forces AVENIR award in 2015 in recognition of the originality and impact of the campaign and has been recognized internationally as well.

Thanks to the growing interest in the subject of organ donation, a group of medical students in Québec also launched a pan-Canadian initiative to ensure that organ and tissue donation is taught within all 17 Canadian faculties of medicine and is mandatory for all students.