A vision for advancing nursing education 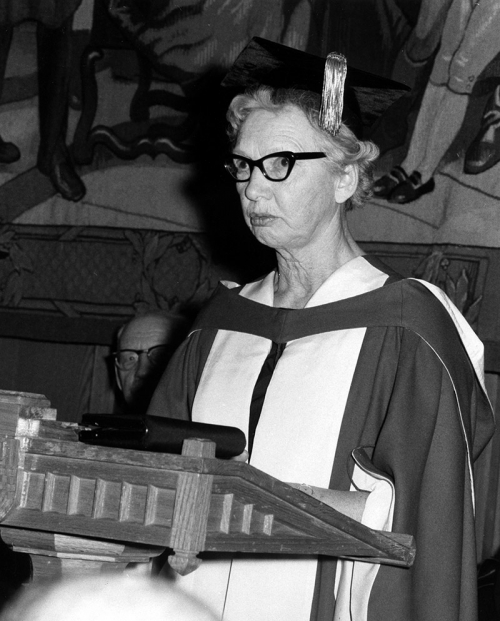 Rae Chittick was Director of the School for Graduate Nurses from 1953 to 1963. When she came to McGill, she had already worked in nursing and education for three decades, and was highly regarded for her contributions to the profession. Like several of her predecessors at the School, Chittick, who was born in 1898, first obtained a teacher’s certificate before moving to the United States to study nursing. In 1922, she graduated from Johns Hopkins Hospital School of Nursing. She eventually earned a Bachelor of Science from Columbia University, a Master’s in Education from Stanford University, and a Master of Public Health from Harvard University. Her work experience ranged from public health nurse to associate professor in education at the University of Alberta.

Throughout her career, Chittick made important contributions to the development of nursing school curricula and firmly believed that education was the key to improving professional nursing standards. She also advocated for the inclusion of liberal arts courses in nursing curricula to enhance nurses’ critical thinking and allow them to play a larger role in societal and healthcare issues outside the hospital setting.

It’s a testament to her vision that under her directorship the School launched both the Bachelor of Science (Nursing) program in 1957, and then in 1961—the same year that the first five students in the B.Sc.(N) program graduated—the Master of Science (Applied) in nursing.

Her many accomplishments included serving as president of the Canadian Nurses Association from 1946 to 1948. In 1958, she was named the first recipient of the newly created Flora Madeline Shaw Professor of Nursing Chair.

After leaving McGill in 1963, Chittick accepted an invitation from the World Health Organization (WHO) to help develop nursing education programs in Ghana and the West Indies, and she continued to consult for the WHO until 1969. Chittick was made a member of the Order of Canada in 1975, and received an Honourary Doctor of Science from McGill in 1976. She lived into her nineties, passing away on January 25, 1992.