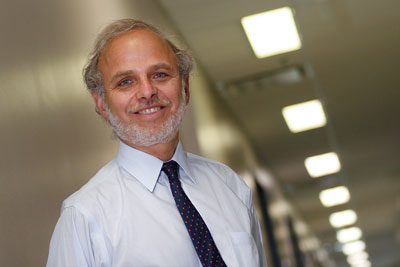 In 2005, news first broke that researchers in Scotland found unexpectedly low rates of cancer among diabetics taking metformin, a drug commonly prescribed to patients with Type II diabetes. Many follow-up studies reported similar findings, some suggesting as much as a 50-per-cent reduction in risk.

How could this anti-diabetic drug reduce the risk of developing cancer and what were the mechanisms involved?

In a paper published today in the journal Cancer Prevention Research, researchers from McGill University and the University of Montreal reported an unexpected finding: they learned that exposure to metformin reduces the cellular mutation rate and the accumulation of DNA damage. It is well known that such mutations are directly involved in carcinogenesis, but lowering cancer risk by inhibiting the mutation rate has never been shown to be feasible.

“It is remarkable that metformin, an inexpensive, off-patent, safe and widely useddrug, has several biological actions that may result in reduced cancer risk – these latest findings suggest that it reduces mutation rate in somatic cells, providing an additional mechanism by which it could prevent cancer, explained Dr. Michael Pollak, professor in McGill’s Departments of Medicine and Oncology, researcher at the Lady Davis Institute for Medical Research at the Jewish General Hospital and the study’s director.

The study, carried out in collaboration with the laboratory of Dr. Gerardo Ferbeyre atUniversité de Montréal’s Department of Biochemistry, suggests that metformin reduces DNA damage by reducing levels of reactive oxygen species (ROS). ROS are known to be DNA-damaging agents produced as by-products when cells generateenergy from nutrients. This action appears to take place in mitochondria, the cellular organelles that produce energy in cells by “burning” nutrients. Past studies have identified the mitochondria as a site of action for metformin related to its anti-diabetic function, but those studies had not considered that the drug also acted here to reduce ROS production, thereby reducing the rate atwhich DNA damage accumulates. “We found that metformin did not act as a classic antioxidant,” said Ferbeyre. “The drug seems to selectively prevent ROS production from altered mitochondria such as those found in cells with oncogenic mutations.”

“This study opens an exciting new direction in cancer-prevention research,” said Pollak. “This doesn’t imply, however, that metformin is now ready to be widely used for cancer prevention. We do not yet know if the drug accumulates to sufficientconcentrations in human tissues at risk for cancer, such as breast or colon, when taken at the usual doses used for diabetes treatment, nor do we know if the findings from the original studies showing reduced cancer risk, which were carried out in diabetics, also apply to people without diabetes. But the possibility of protecting DNA from oxidative damage by the use of a well-tolerated drug was not expected, and this topic now needs further study at many levels.”

Read about it: Cancer Prevention Research