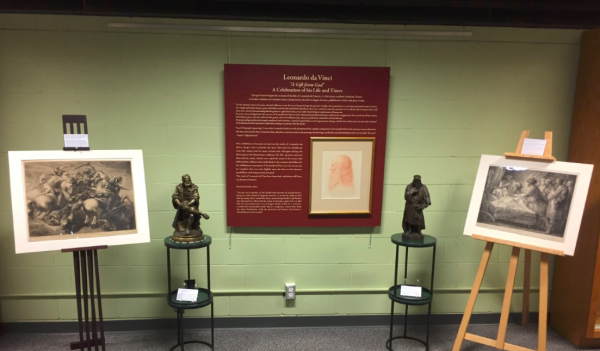 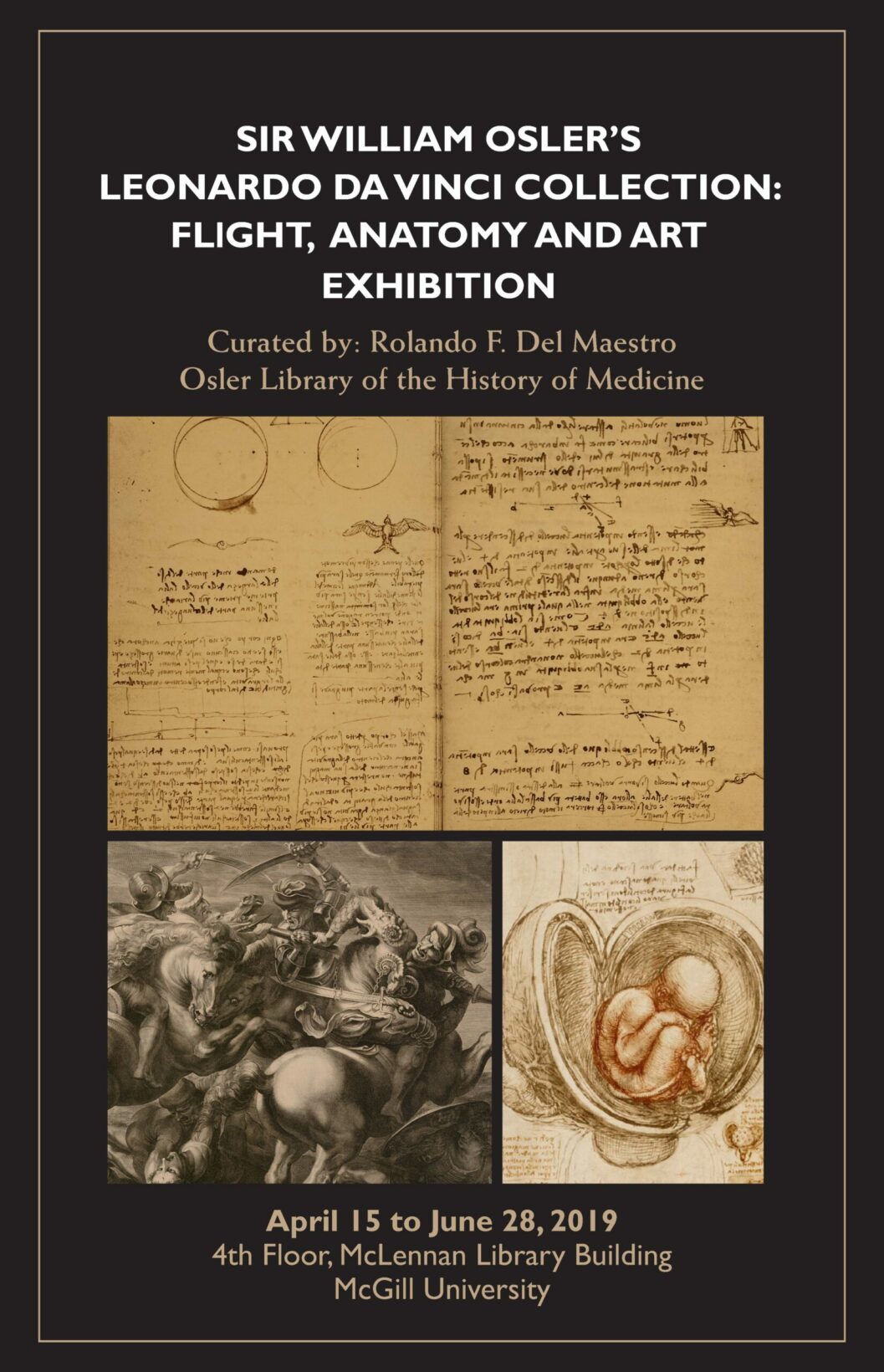 Just as the year 2019 is commemorated as the 100th year since the death of Sir William Osler it is also being celebrated around the world as the 500th year since the death of Leonardo da Vinci. The lives of these two individuals, separated by four centuries, have many common features. Both had a certain restlessness with Osler holding positions in many universities while Leonardo spent his time engaged in the artistic furor of the Renaissance. Osler would outline the importance of bedside teaching while Leonardo would direct an ‘Academia’. Each loved books. The essential role of careful anatomical observation in their search for knowledge characterized their lives. Osler, a witness to the renaissance in Leonardo studies occurring in the late 19th and early 20th century was an active participant in this revival. On opening the Bibiotheca Osleriana, under the heading of Sixteenth Century, Leonardo one finds the major component of Osler’s Leonardo Collection. Osler‘s collection focused on Leonardo’s works on flight, anatomy and Leonardo’s life and art.

Come…browse through the fascinating original editions of Leonardo’s books, articles and pamphlets present in Osler’s collection. Look over Osler’s shoulder as he and his cataloguers examined and transformed these volumes, inserting important items, including personal letters and witness new insights. Feel the intimate connection with each volume. Enjoy the very human imaginative process that results in the creation and beauty of the book.

Vernissage will be held on May 2, 2019 at 5:30 at McLennan Library and Dr. Del Maestro will give a presentation entitled: Osler and Leonardo: Enlightenment and Libraries