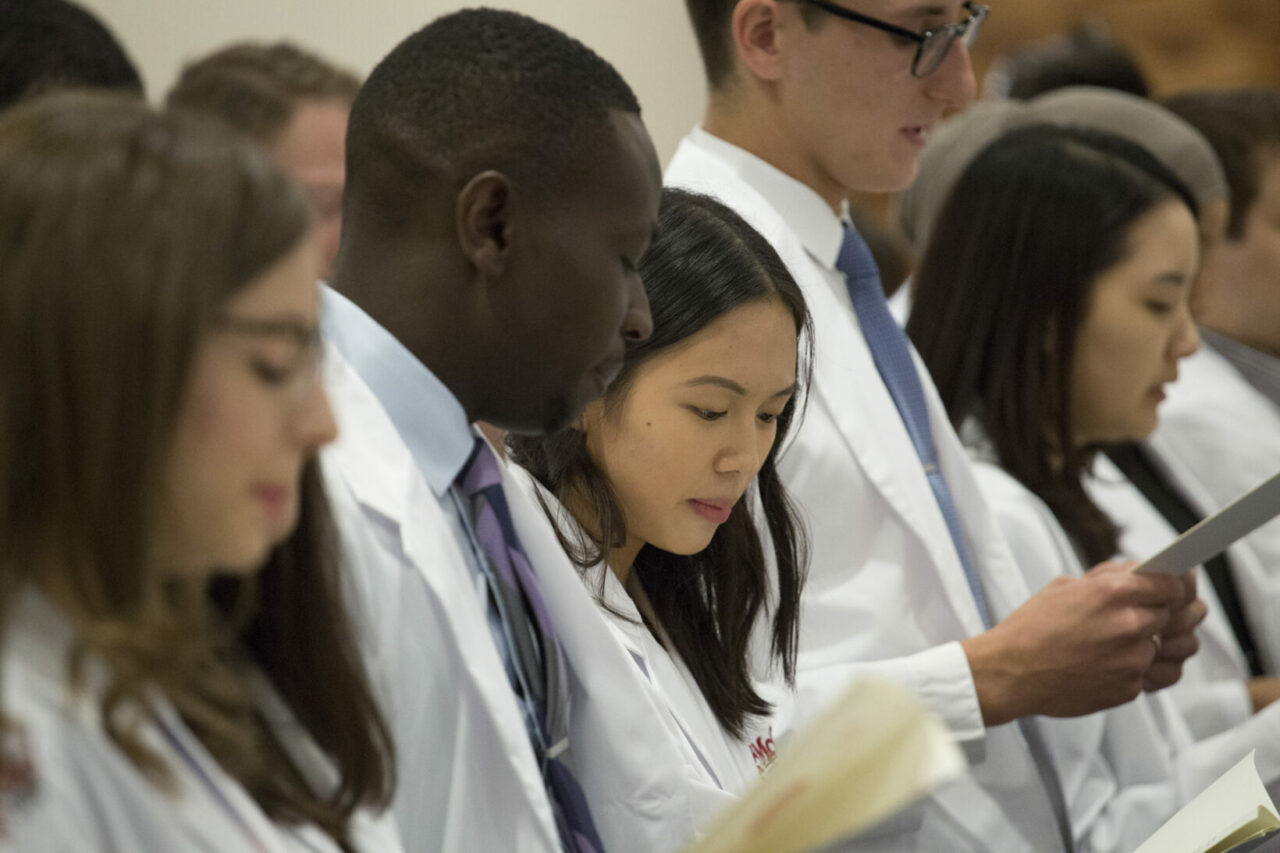 The Faculty of Medicine’s White Coat Ceremony, also known as the “Donning the Healer’s Habit Ceremony” was held on September 27, 2015 at McGill’s New Residence Hall, thanks to a generous donation from Frederic H. Braun, MDCM’72. The ceremony was inaugurated in 2001 and for the first decade was named in honor of the late Joseph Wener, MDCM’41. Dr. Wener was a role model of a compassionate physician for a generation of medical students. Each year an invited speaker addresses the class on their transition from laymanship to physicianship, with this year’s keynote talk given by Dr. Danielle Ofri from Bellevue Hospital in New York City. During the ceremony second-year medical students receive their white coats as a symbol of the professional responsibilities they will assume in their clinical life.

This year’s event was covered by CTV News and the Montreal Gazette.